There is no easy way to describe this city in just one word. Weeks have passed since we returned, but when someone asks “Are you back yet?”, my answer is always “No, I’m still there!”. And this is truly the case for me, it feels as though I am still there, and that is where I would like to be. Daydreaming about our time in this beloved city has become a daily habit and everything reminds me of it, from movies to bed covers! Maybe I should take this as a sign and catch the first flight back…For me, it was love at first sight and it had never happened with any another destination in the past. No wonder they call it the city of love!

“Not so special pile of metal parts”

We had heard lots of things about Paris, some of which were not particularly pleasant. We were told that it is one of Europe’s most dirty cities (as if!), that most Parisians are rude and that the number of tourists is just overwhelming. Also, we were informed that it is impossible to visit Paris without breaking the bank, because everything is unreasonably expensive and that they didn’t understand all the fuss that was going on about nothing really special, a certain tower that just happens to be there and has, for some strange reason, become the symbol of the city (if not the whole country)… Oh, yes! The Eiffel Tower! Well, I would gladly drink my coffee every morning, gazing at this “not so special pile of metal parts”. Nevertheless, I couldn’t help but feel a little worried before arriving in town.

But I guess that we landed at a different Paris. Actually, we landed at Beauvais where we rented a car, although that proved to be an unwise choice (learn more about it here). Beauvais is about an hour from Paris with little road traffic, but beware of the tolls. We only used the car for trips outside of Paris and as for moving through the city, we chose the means of public transport as well as bicycles, both perfectly easy and useful ways to go around exploring. 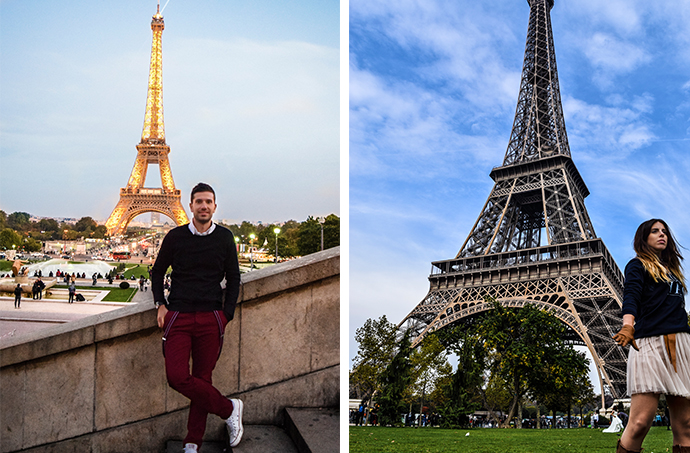 We would start and finish the day in our Parisian apartment, located in the most beautiful part of the city, Montmartre. We felt enchanted by Montmartre’s glory and character and were instantly set on a Parisian kind of mood! In this picturesque and colorful district, we would begin our every day early in the morning and, after having breakfast (Croissants! And coffee and juice and more croissants!), we would set out for our daily adventures!

“Did I mention CROISSANTS?”

To say that Paris is big would be an understatement. There is so much to see and so much more to do, that you find yourself full of new-found experiences at the end of each day. So, naturally, we tried our best to visit as many museums as we could (and, yes, all the waiting was totally worth it), visit local sites, take tons of pictures and taste the famous French cuisine, accompanied by a classy glass of wine. Of course we tasted some of their delicious pastries, like macaroons and chocolate profiteroles and… did I mention CROISSANTS?! We walked through tile-paved streets and scenic neighborhoods, strolled along the banks of the Seine River and took some time to relax in each park we would come across. So, eventually, we felt what the Parisians’ lifestyle is all about, catching some of their style and habits.

One factor that certainly helped during our trip was the weather. The days were warm and full of light and we didn’t see a single drop of rain during our stay, which leads me to believe that autumn is the best season to visit Paris. During mid to late October, the autumn leaves fill the city with their warm colors, creating a scenery that is just delightful and you can be taken away by every little part of the city! We often found ourselves gazing at nothing in particular yet feeling astonished by nature’s gracious simplicity. These are the moments that we cherish the most.

Last but not least, the Parisians left a huge impression on us. Their culture, willingness, style and habits played an important role in our perception of Paris as the perfect place for us to move someday (this glorious day cannot come soon enough…)! Literally everyone was greatly helpful, with their “Bonjour”, “Bon appetite” and a friendly smile in every restaurant, store or on any other encounter. Everyone is well-dressed and you could see from their silhouettes that they take good care of themselves, no matter their age. Also, I must admit that I am a bit jealous of them culture-wise. Their education, manners and respect towards others are some of the Parisians’ most admirable traits! The infrastructure and the state certainly do their part, but these people also deserve credit for their will and principles! 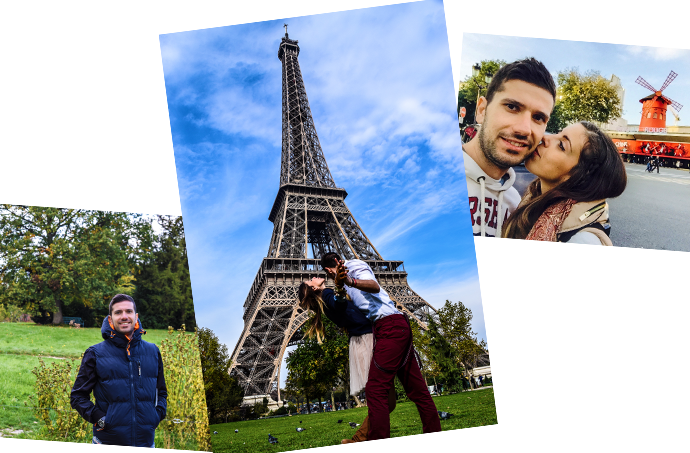 Those five days that we spent in Paris were barely enough, but we had already made plans to visit Versailles and tour Normandy, as well. Otherwise, we would stay for at least a week (or even a month, it would be fine by me!). But what comforts me is the thought that we will go back to the City of Light someday, either for a small trip or for a longer stay… maybe we will manage to stay there indefinitely! With this wish on our minds and in our hearts and an “à bientôt!”, we said goodbye to Paris and boarded our flight back to Thessaloniki.