Tipping: What is the case in each country?

Everywhere we go abroad we are faced with a huge dilemma… Should I leave a tip? If yes, which is the right amount? In your country, tipping might be perceived as a form of gratitude, but this is not the case everywhere, as in some countries a move like that might even bring you before justice! In order to avoid making a blunder and end up singing the “Prison Blues”, read about the case for tipping in each country..

It is neither expected, nor mandatory…But greatly appreciated 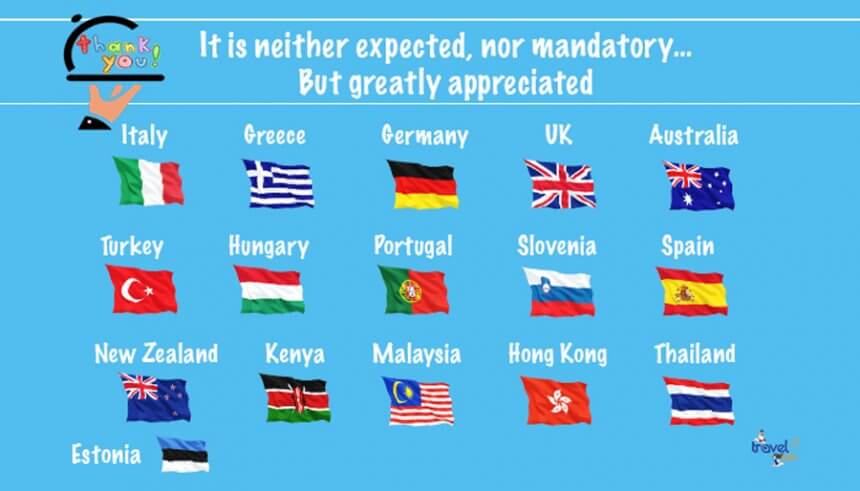 Tipping is not considered necessary, yet if you are satisfied by the service you can leave a tip. Caution: at pubs/bars tipping is considered an insult, so it would probably be best to not make a move.

Many locals leave a tip of around 10% (mainly in coins), without it being considered obligatory. It is probably okay, since the locals are doing it.

The same applies for Spain, where a tip of 7-13% is considered a pleasant gesture. If you make a card payment, it is acceptable to leave a few coins in the waiters’/waitresses’ tray. 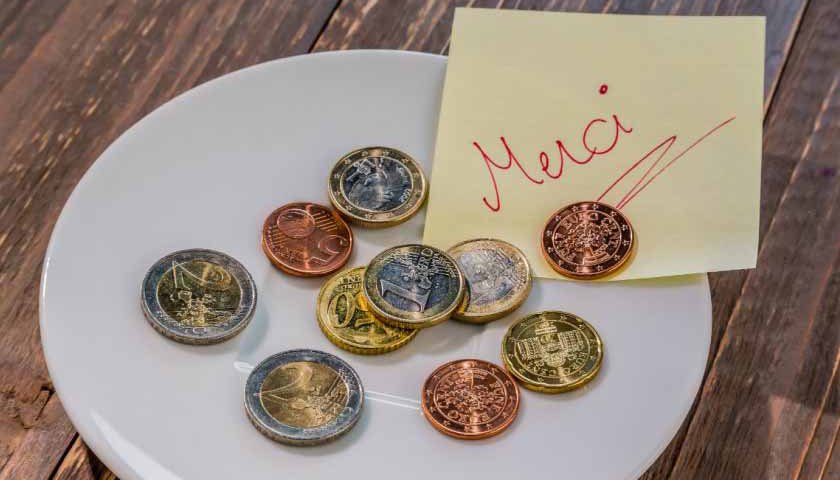 A few years ago, this custom did not exist. Nowadays the rule says that it is good to leave a tip of 10-15% for good service, without it being mandatory.

Greece is a country that does not necessitate tipping, but it is pursued through good service. It is usually at 5-15% and it is best to be given directly to the waiter/waitress or the barman/barwoman and not be left on the table.

In Germany, a tip of 10-15% is customary. It is best to be given directly to the waiter/waitress so you are sure that it remains in their hands.

It is included in the bill (Not everywhere) 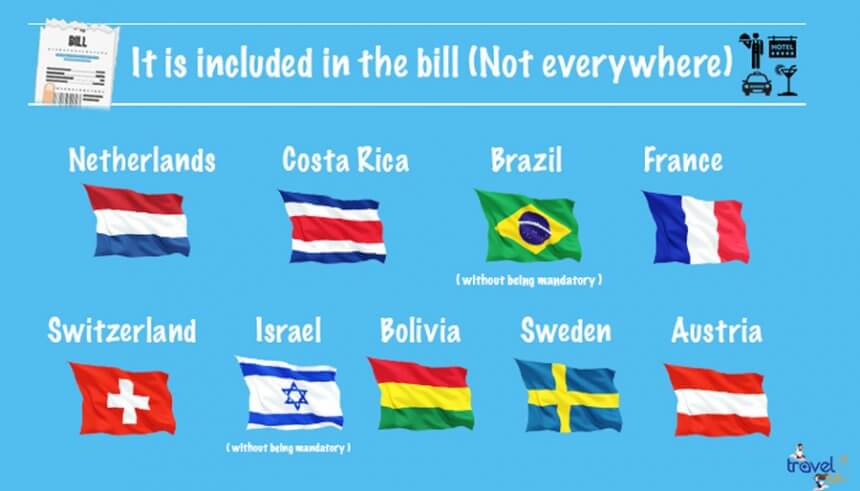 Tipping, according to law, is incorporated in the bill and it is around 10-15%. Yet, if you do not see “Services fees” written on the receipt, you can leave a few coins on the table or ask for the bill to be rounded up.

They are strongly after it…Everywhere! 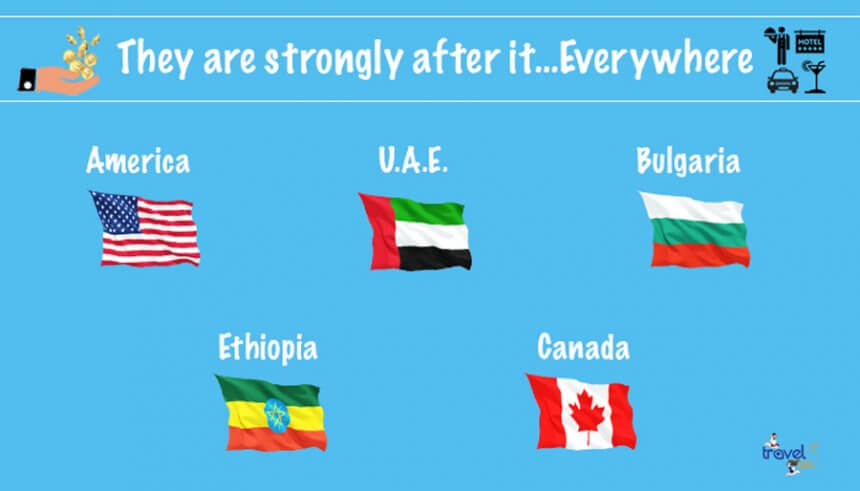 In the land of burgers, tipping reflects the level of your satisfaction. The usual percentage starts at 1% (if you are dissatisfied) and can be as high as 20% (if you are very satisfied).

Most people go after the tips, and there more than a few people that do not hesitate to ask for it directly from the client! Do not get generous with your tips, as they might see it as a weakness. 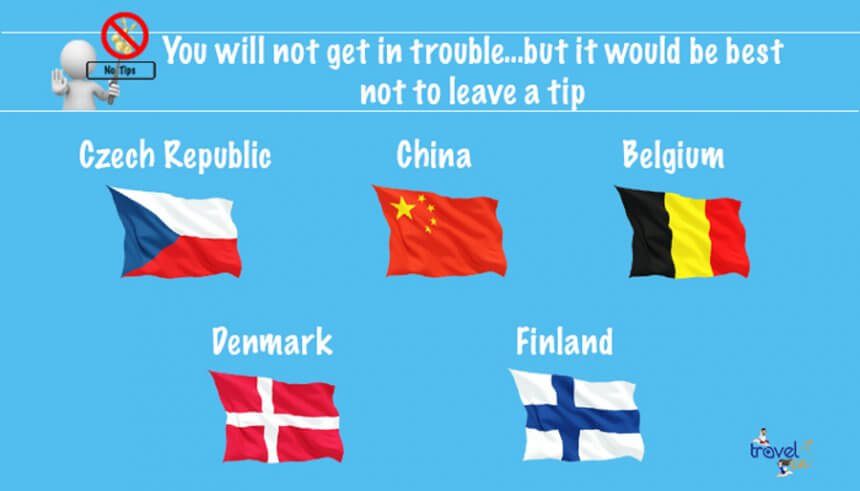 In China things are somewhat complex, as there are places where they ask for it, places where it is considered an insult, while elsewhere you might find yourselves with your chair as your hat..! In order to avoid misunderstandings, do not leave a tip anywhere!.. 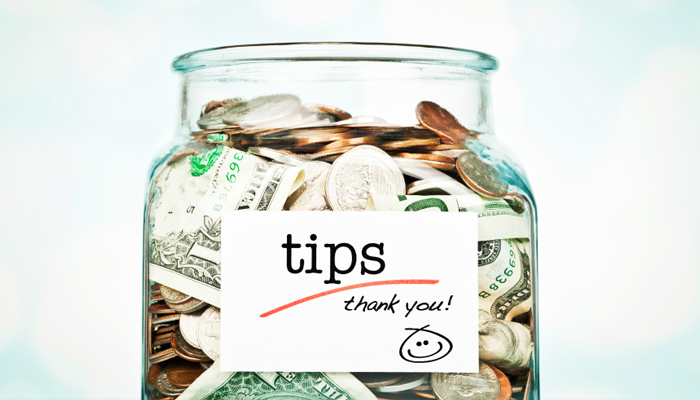 In a country where people earn a good income, such as in Belgium, people are more appreciative of a smile, rather than a tip (which they might consider degrading).

If you receive some excellent service, simply reply with a smile or a nice word. Often tipping is considered insulting, because it implies that the person attending you had it as an end in itself. 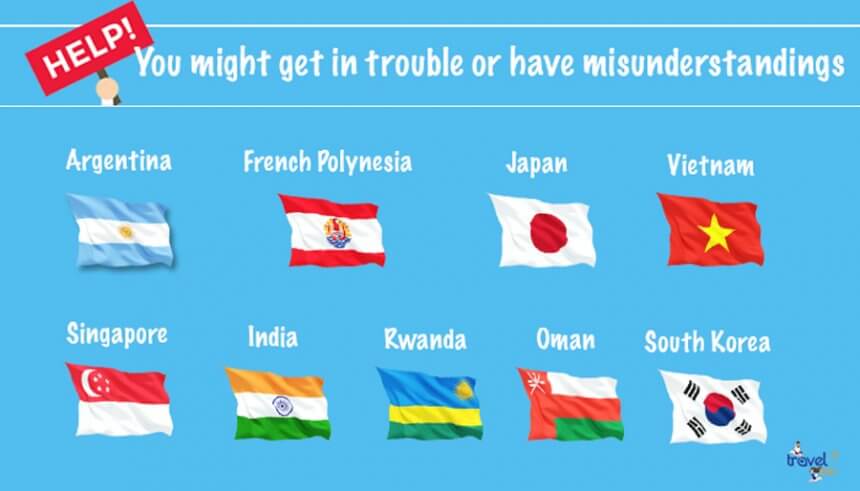 A tip of 5-10% is very widespread in this country, yet there is also something odd. There is a term called “baksheesh”, which is part of the act of bribery and political corruption! If you are not discreet, you might get in some real trouble…!

In some hotels and restaurants a 10% amount is added for service (although it never reaches the hands of the employees), yet there are many that might not understand why you are giving them more than what is written on the bill…and they might also feel offended!

The land of the rising sun is within the same line. If you make the gesture to leave a tip, you should have in mind that it might get declined or be considered an insult. 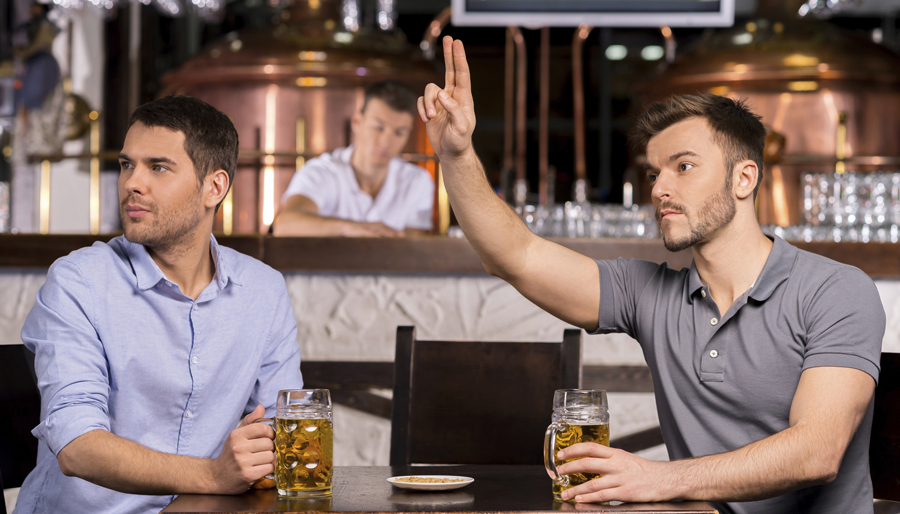 In Vietnam, tipping is considered illegal! Be very cautious…do not leave a tip anywhere!

The tips never reach the hands of the employees (either if you tell them to keep more than what is written on the bill, or if you leave it on the table)! Prefer to give an amount of 5-10% directly to the employee, in a discreet way, as many owners are not positive to such gestures!

For the end, we kept the country where tipping is prohibited by law, but all employees seek it (waiters/waitresses, taxi drivers, porters, ushers etc.). If you decide to move on with the gesture, do it discreetly, as you might find yourselves behind bars! !