The Epirotic cuisine is one of the most interesting cuisines in Greece! We had the opportunity and joy to get to know it through the project MeDInno, a project between Greece and Italy, whose goal is the reinforcement of very small and small businesses involved with agri-food and sheep, goat and cattle farming.

Epirus’ rich cuisine, of course, does not end with the amazing meat and its countless variations, but it also expands to the well-known Epirotic pies, having goat cheese, greens, feta cheese and butter front and center. Of course, the first thing that is put on the table are the cheeses. Among the Epirotic cheeses, the ones that stand out are the Kashkaval, the feta and the smoked Metsovone cheese, with the rich and very distinct flavor. And for dessert, the ice-cream with sheep milk and a velvety texture, ideally accompanies the syrupy sweets that are placed on the table, so they can write the epilogue of a complete Epirotic meal!

The aromatic white wines from Zitsa, the full-bodied red wines of Metsovo, as well as the sparkling/semi-dry wines are ideal for accompanying your lunch or dinner.

The varieties of Debina and Vlachiko, Bekiari, Mavroudi of Tzoumerka and young wine of Metsovo are the main ones in the area. Do not miss the chance to try some aged tsipouro, which spent some time in a whiskey barrel, or some liqueur with the local tastes of cornel, wild berries and more. 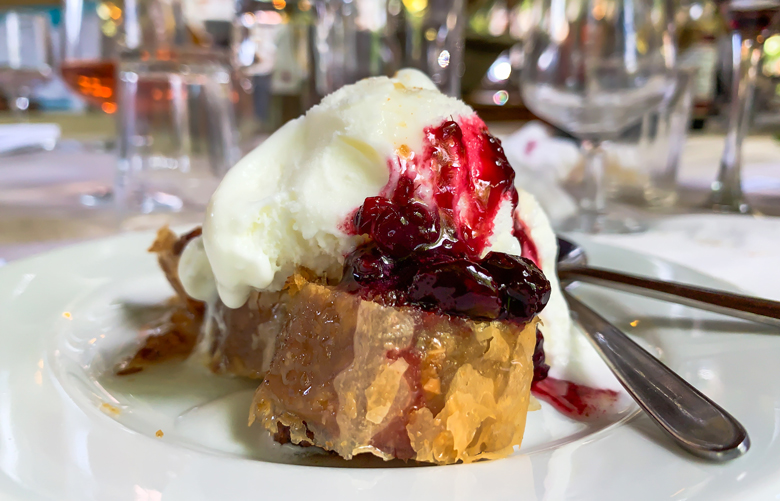 Epirotic sweets are heavily influenced by the Turkish cuisine. So, at the end of each meal you will mainly come across syrupy sweets, such as the Epirotic baklava (Klostari), the well-known kadaifi of Ioannina, the flogeres of Metsovo, the rich walnut pie, the Sker-Bourek (traditional baklava with walnut) and more. All of the above have one element in common, which showcases them and makes them stand out. This element is none other than the goat and sheep butter of Epirus. Of course, we could not leave out the amazing spoon sweets and the ice-cream made of sheep milk. 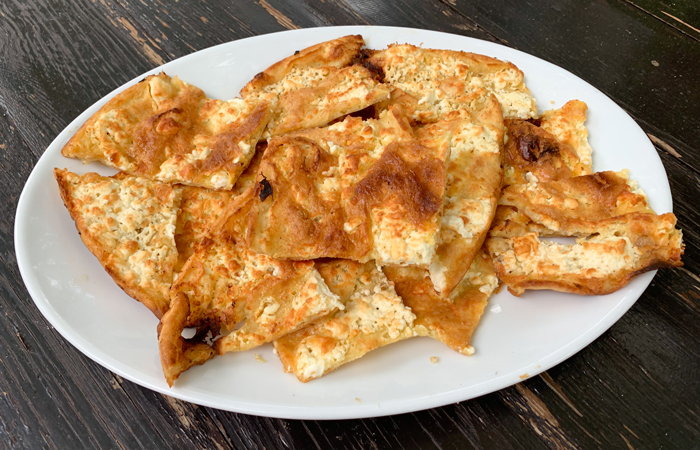 The Epirotic cuisine never ceases to surprise us. Every Epirotic pie is an ode to good food! You will find pies salty or sweet, with or without phyllo, while every lady in Epirus has a story to share with you about their pie! If you ask them what is the secret of success, they will tell you that it hides in the phyllo (or the dough if it is phyllo-less), but we would say it depends on the hands that are making it and on the products of the Epirotic land! Among the many pies, the ones that stand out are the Kassiopita (flour pie), the traditional Epirotic cheese pie, the Batsina with zucchini, the Pispilita (Vlach, phyllo-less pie with greens) and the Blatsaria with greens and cheese.

And we left the best for last..

As the MeDInno project underlined, the goal is the support of very small and small businesses involved with agri-food and sheep, goat and cattle farming, which will bring to the consumer’s table quality meats, cheeses, milk, butter and more. When all of the above are combined with vegetables, mushrooms, sauces then they offer a result of high-level gastronomy. 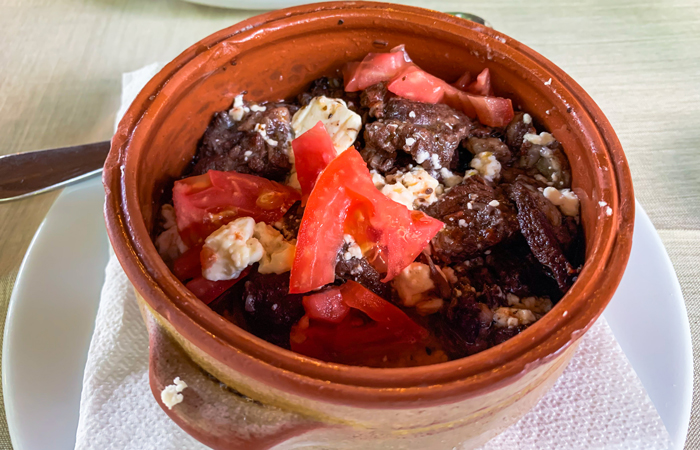 The must-eat dishes of the Epirotic cuisine are the Mutton Kontosouvli, Kokoretsi, mutton cooked in clay pot, slow-cooked goat rump and meatballs with leek and herb sauce.

For those who prefer lighter flavors, then a Trahanas soup with king mushrooms, the Gigantes (giant beans) with greens and the Trout in plenty of versions (fried, baked, smoked, with almonds) will totally satisfy them! 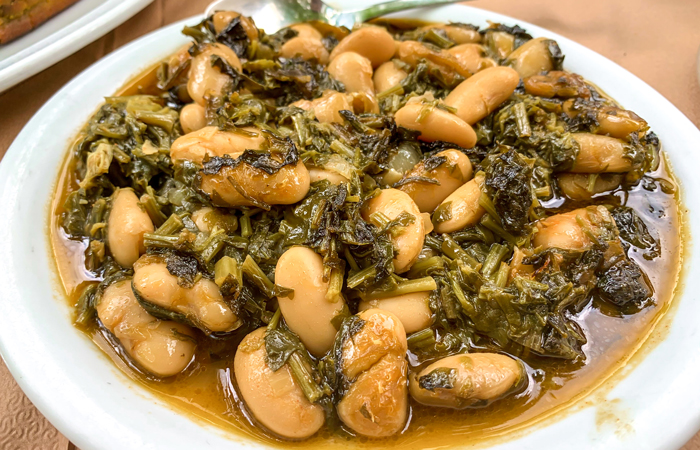 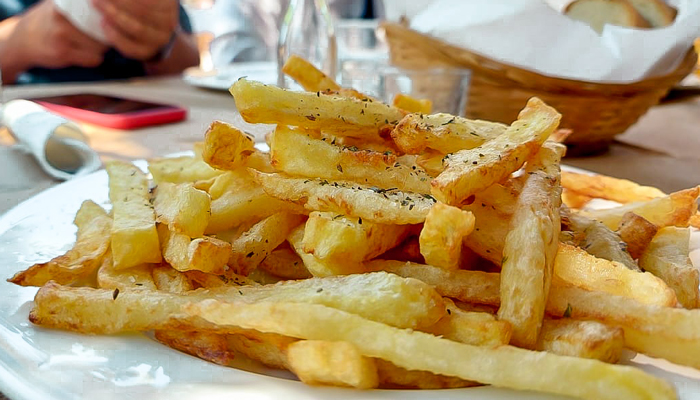 We would like to thank the MeDInno project and the region of Epirus for the opportunity they provided us to try the Epirotic cuisine (at its finest) and understand it in depth. 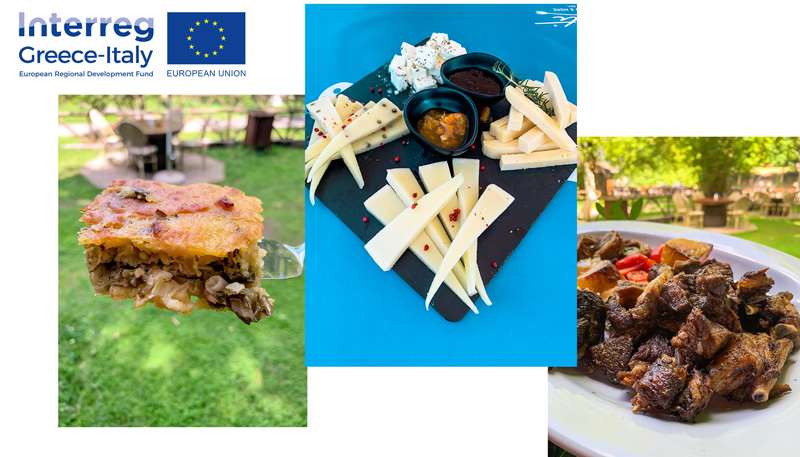