“Prepare for landing, in 10 minutes we are going to be at Berlin’s Schoenefeld Airport” is coming out of the airplane’s speakers and I can barely open my eyes to take a few brief glances of freshly-snowed Berlin. Nikos was still sleeping, so I remained gazing alone at the dim city of East Germany. Looking at it from above, I was wondering how one city can amass the largest part of Europe’s modern history (see World War II)? And while I was thinking about all this, while at the same time looking at the imposing TV Tower and the historic wall, I heard… “Welcome to Berlin”. Well, here we are.. 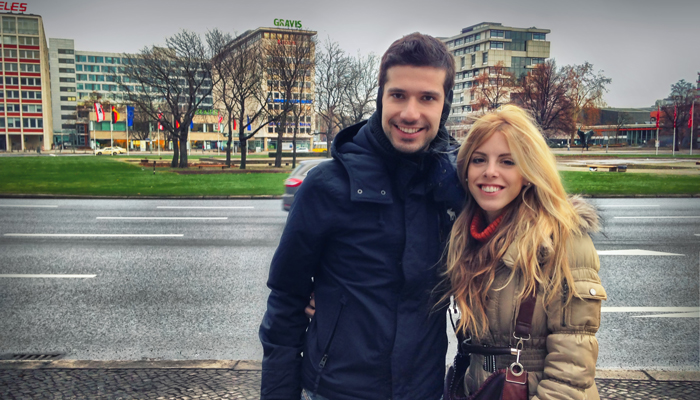 It could be named as the city of beer, sausage, industry and order. A city in which everything works like clockwork and everyone has their role. Berlin is visited on a yearly basis by millions of people for professional reasons, as it hosts the most conferences than any other city in Europe (113,000 per year!). But it also enters the list of millions of recreation and entertainment travelers, while it is suitable to visit all seasons of the year! But, the Christmas holidays is the most impressive of all. This is also the one we picked to get to know the city, and it paid off. The lights, the beautiful decoration, the dozens of street markets, the cold and the snow ideally completed the festive scenery in Berlin.

The night we arrived (Christmas) we lived an unprecedented experience as we were walking around literally alone in an enormous city! Do you know what it means to not have a single person outside in such a large city? To look at the largest street and not see a single car? To get off at metro stations and be alone? And let’s not even get in the subject of food! Praise to the sausage stand inside the Sony Center that covered our hunger. It might be the only place in the city that was open. Through all this, we found out that on holidays in the evening (after 10pm) in Berlin, nothing is moving. And as all of this wasn’t enough, the cold was becoming ever more felt.. 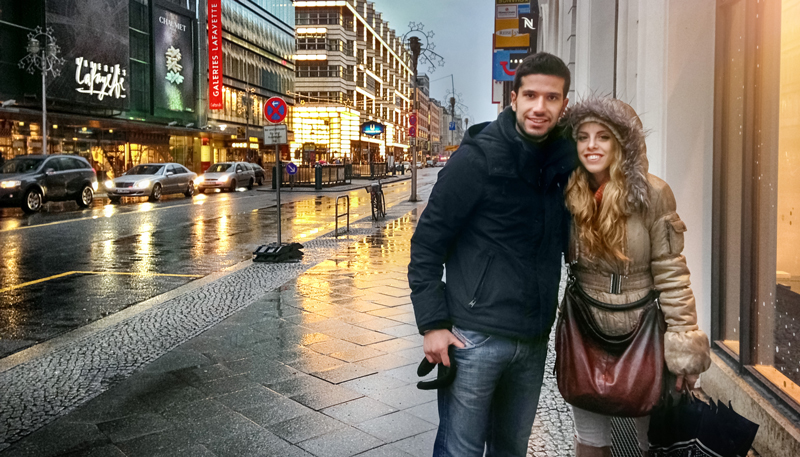 With the sunlight being a forbidden word for this period, it was certain that the first things to get in our suitcases would be warm clothes and warming ointment (necessary for every trip to the Northern countries). Even in the summer months, it is best to bring along a light jacket. The Christmas holidays and winter in general is heavy and requires bear-style outfits!

Of course, the large tetrapod was close to making an appearance at the snow-white “forest” located in the center of the city, which is none other than the Tiergarten Park. Berlin has a lot of parks, as well as plenty of attractions, which we visited one-by-one! It is well-known that cold is fought with walking, so we embarked on an endless walking streak from the famous Brandenburg Gate and the decorated Unter den linden avenue, to the “wall of shame” and the East Side Gallery.

But our wandering did not stop there, as we wanted to get to know as many things as we could. So we climbed up the TV Tower, the dome of the German Parliament, took a tour of the Museum Island, learned the history behind the Holocaust Memorial, had fun at the Sony Center, shopped at Friedrichstraße and came across many interesting buildings and locations (Cathedral DOM, Checkpoint Charlie, Jewish Museum, Kaiser Wilhelm and more). Now you may ask, there are so many ways to get warm and you opted for walking? Just drink a few glasses of warm wine at the Christmas markets that exist in every square of the city (like in Prague) and you will not feel a thing! 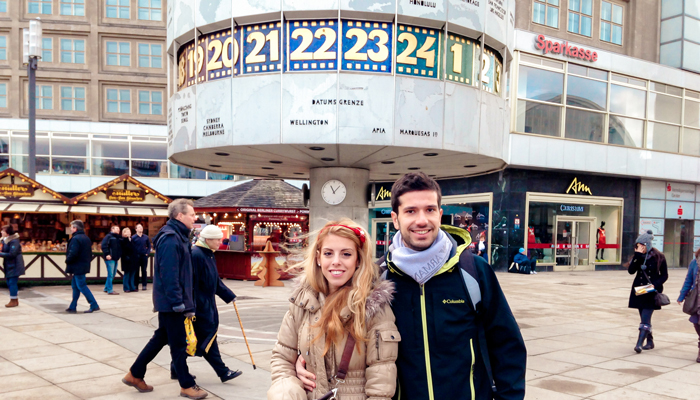 With me as the guide, is it possible that the trip would not include warm wines and…food? (If you think that, you probably have not read our ΕΝ stories.) We will only tell you that there was not a single market that we did not visit, with our favorite one being Alexanderplatz. The ice-skating rink, the games, the events and dozens of stands that were set in the square immersed us for good in the holiday magic. And all of this under the shadow of the imposing TV Tower. The warm wines we would drink in every market were of course accompanied by sausages, roasted meats, freshly-smoked fish, occasionally some chocolate-covered strawberries and our beloved Poffertjes with nutella. And for digestion…Dancing! A lot of dancing, indeed, as bands of all kinds were performing their own show every night! Of course, our culinary experience was not confined to the street stands, as we wanted to get to know the German cuisine in depth.

It is true that we were not that impressed, as dishes were mediocre and cost was high. The German cuisine, after all, is famed neither for the variety nor for its flavors. Service was on the same wavelength, as it was professional but pretty cold and impersonal. And to tell you the truth, Berliners are not particularly mad about tourists, however most were willing to attend to us and help us! In what language, you will ask…Germans, even though they are quite fluent in English, avoid speaking languages other than their native! 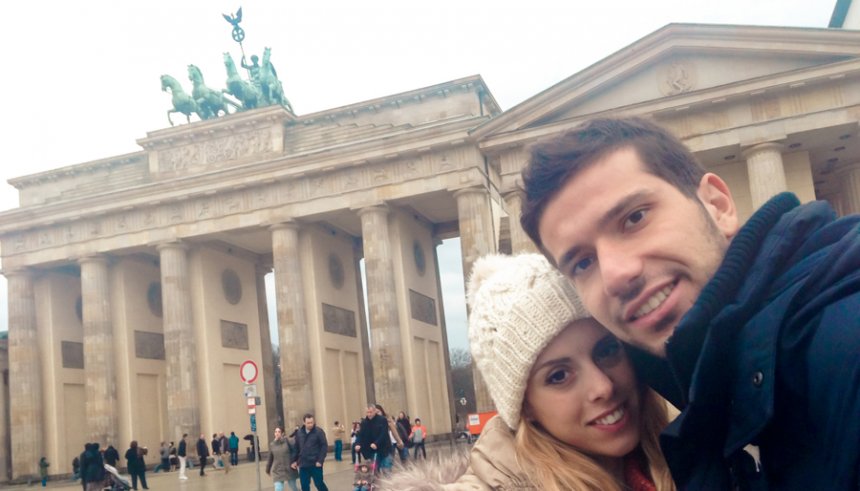 The quality of life is pretty good and relaxed, without however lacking in wild parties, feasts and all-nighters. I will only tell you that 50,000 (!) people have fun in the city’s clubs every weekend. Of course, if you search well you will also find plenty of places to enjoy your beer or wine.

With a lot of wine, endless walking around and a wonderful Christmas holiday mood, the four nights we had in our disposal came to pass (which is an ideal number of days to discover Berlin). The capital of Germany left us with mixed feelings, but we would certainly visit it again, I was thinking…until I heard from the speakers the known phrase “Fasten your seatbelts. We are ready for departure from Berlin’s Schoenefeld airport”. The return journey was now reality. Aufidersen Berlin, we exclaimed in concert. 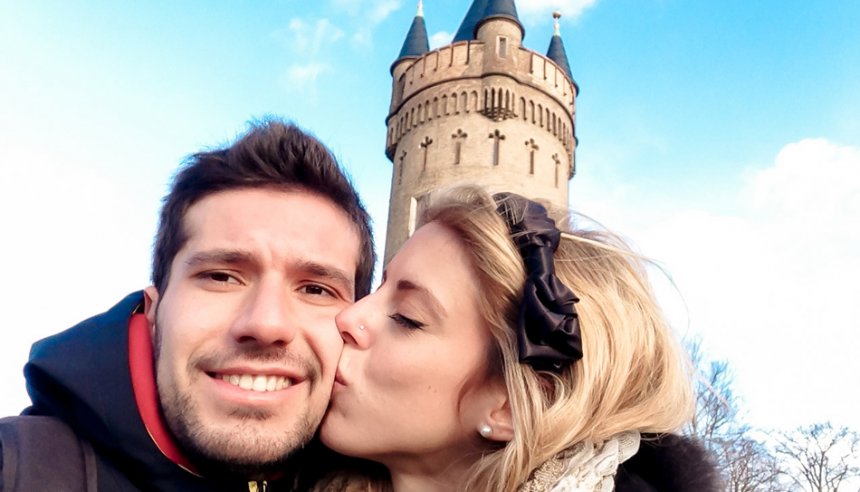