We have stated in previous articles that one of the most exciting experiences during a journey is trying out local flavors! Hmm…this article comes to partly overrule our statements, as we are going to present to you the most disgusting street foods in the world!

Imagine…you are walking around hungry in the Philippines, you spot some fast food stands and say “time for a little snack”. But what would you say if the snack was a 3-week old duck embryo (with bones and vitals)? Do you maybe prefer fried tarantulas and scorpions? Pick one of the following “delicacies” that will fill (or empty) your stomach.

Are you brave enough to read this article; 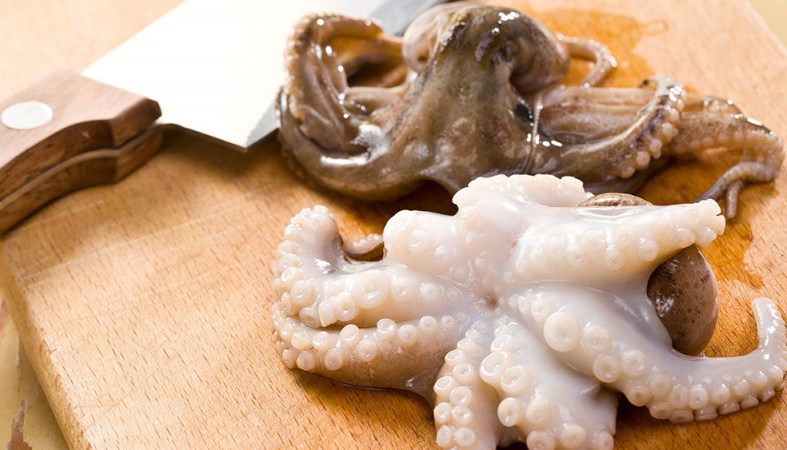 Let’s start with something mild…For many, cooked octopus is an exquisite viand. But how about some raw tentacles of small octopi? It probably does not sound like a good idea! The San-nakji is a very popular fast food in Korea, yet you should be careful of the suction cups, as they maintain their sticky texture and may choke you in your effort to swallow them! 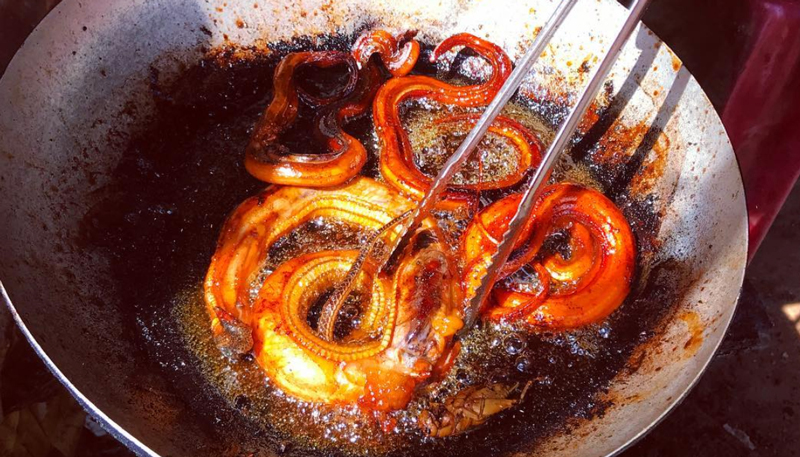 The snake is one of the commonest fast foods in Asian countries. It may sound disgusting, but it is rather tasty and tender! In fact, its meat has creamy texture, as it is completely lean. You will find it in soups, fried, baked, on a stick and in many other forms..

The Icelandic snack that is sold in all of the country’s markets is nothing else than rotten shark meat that has been fermenting for five months. Its strong smell is the product of the toxic uric acid which turns into ammonia as time goes by! It is mainly served in the form of small bites..

The 6+1 Best Sandwiches in the World

8) Cuy  (Peru and other countries of South America) 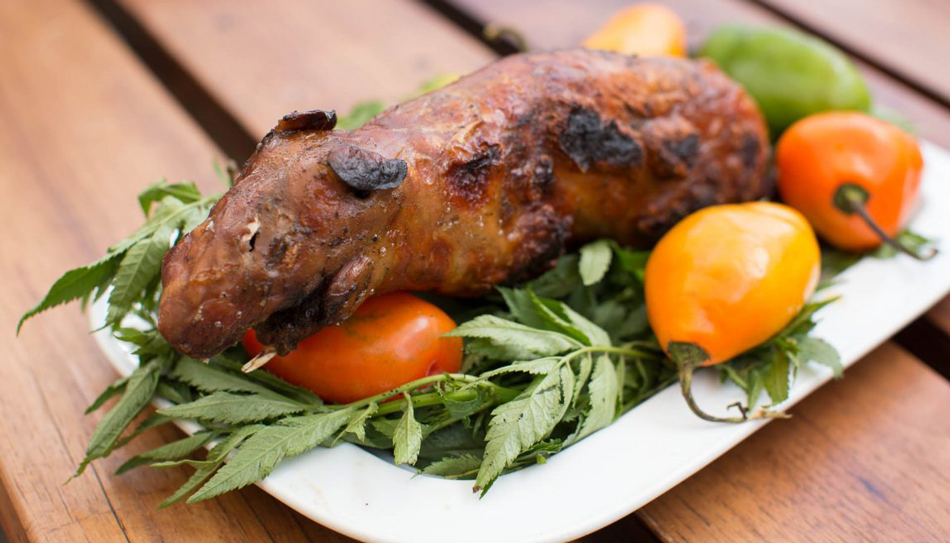 The beautiful guinea pig is probably the most popular snack in Peru. Our beloved pet is put whole (!) in the pan or the oven and it is eaten solely with hands! You will find it everywhere.. 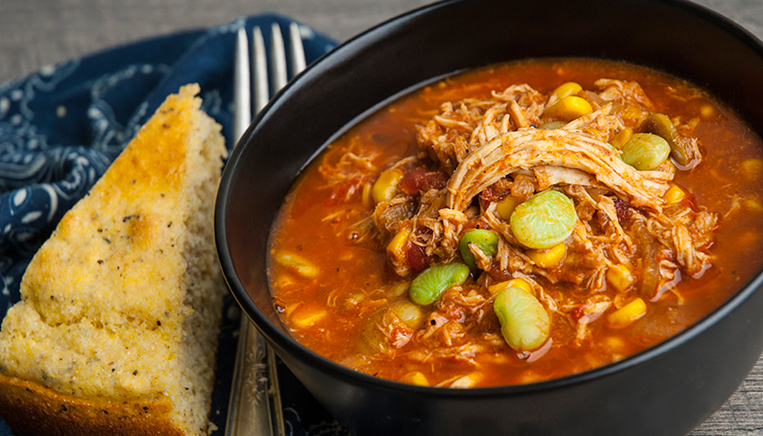 It is a type of stew like no other! How different is it? Very much, considering that the pork is replaced by squirrel, possum or raccoon meat! The truth is that during the last few years many efforts are being made so that it is made only with pork, yet the “traditional recipes” are not hard to find!

6) Larvae (Zimbabwe and other countries of Southern Africa) 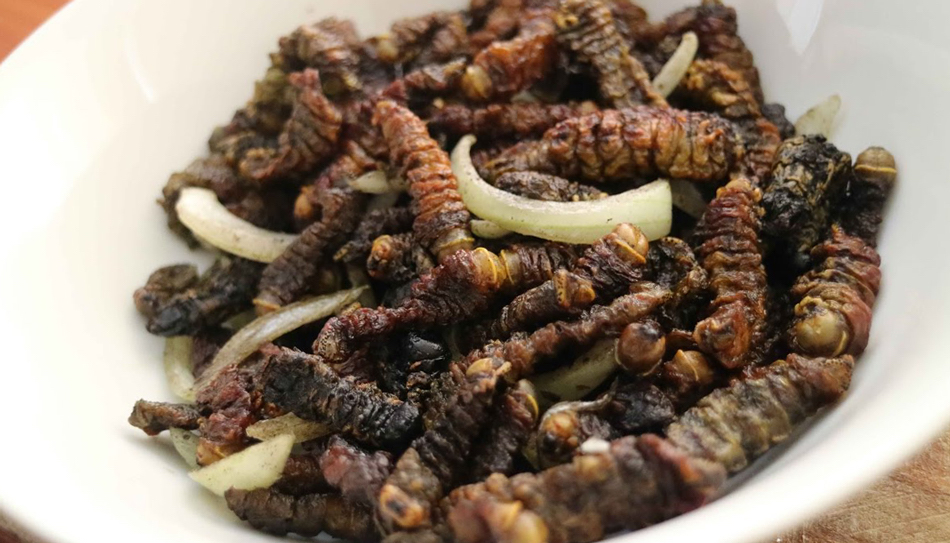 The Mopane emperor larva species exists in huge numbers in the fields of Southern Africa. From the fields, it is, unfortunately, brought to the table, where it is served dried or juicy as an ingredient in soups! This yucky snack is rich in protein, iron and calcium. 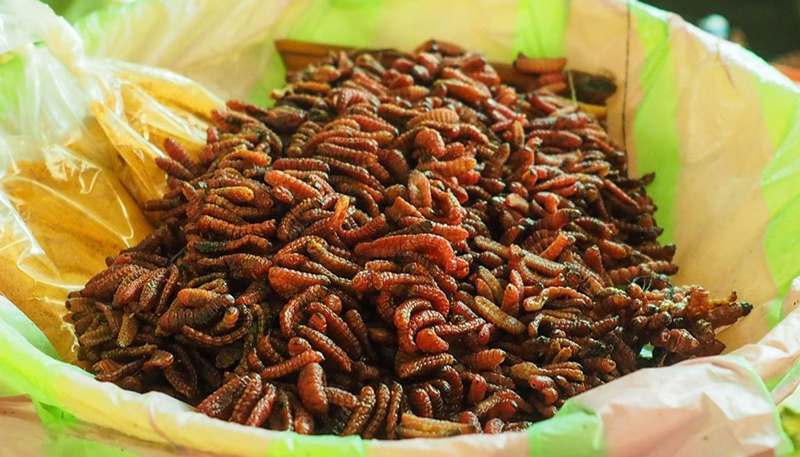 Yes, it is what you are seeing in the picture. Insect bites! It is not a common secret that Mexico has the widest variety of edible insects in the world. This is why you will find a vast range on the market stands. Don’t worry, they are cooked…They will not start flying around in your belly! 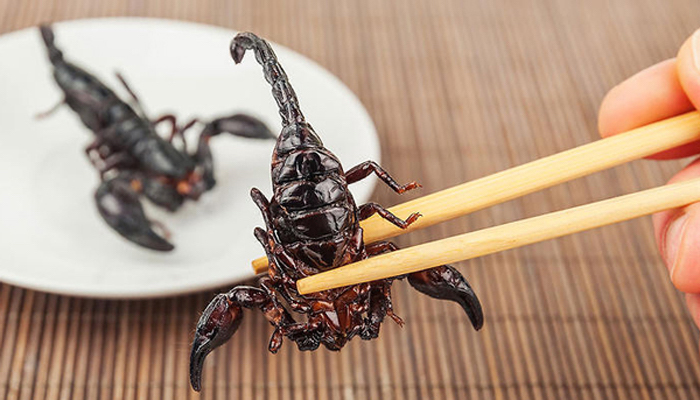 The fried scorpion is one of the worst ideas for a snack! Yet, in Vietnam and some areas of China, it is honored on a daily basis. Apart from fried, it is also served in the form of stew, while it is rarely consumed raw!! Another fact you should know is that nothing is thrown away from the dangerous arthropod! From the stinger to the pincers…Enjoy! 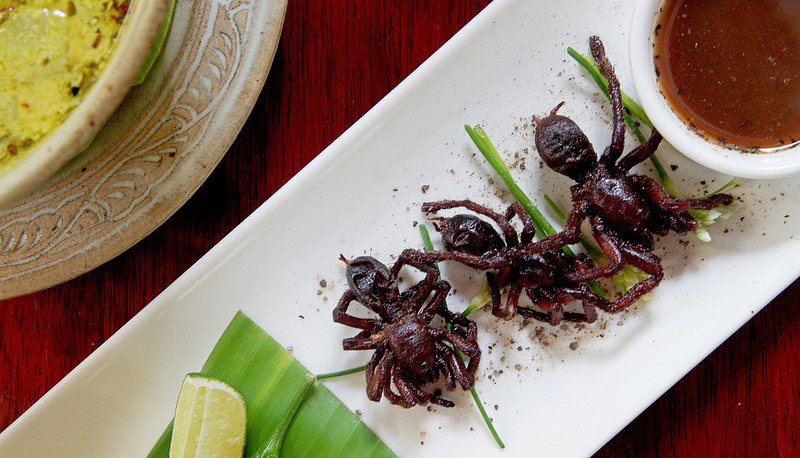 Cambodia is considered to be the home of the tarantula spider and, naturally, it could not remain unexploited. The locals throw it in the pan, considering it very nutritious! In fact, it can be as big as a human palm! Do not worry about the taste, as they can be eaten either savory with salt or sweet with sugar. For the sake of variety, of course!

Note: Many people breed them in their home basements! 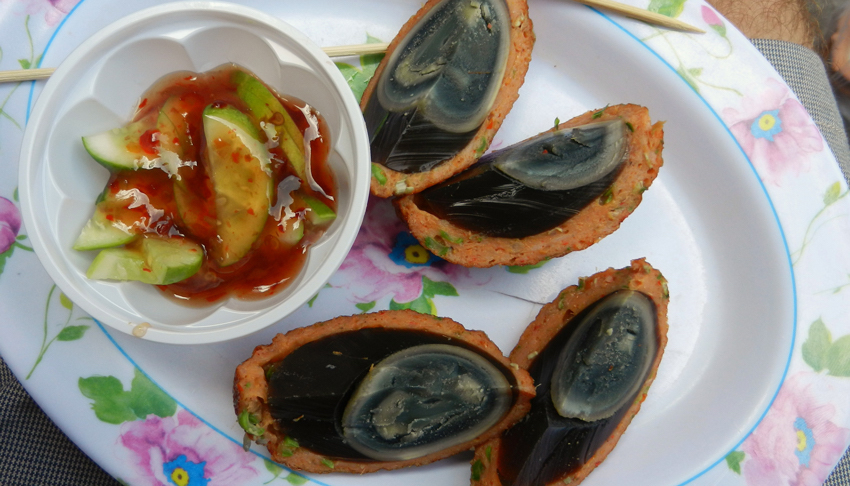 If you don’t find eggs laid on that day you will certainly eat one laid within the week…But what would you say about eating an egg that is 100 years old? The names it is being given may be somewhat extravagant, as it is introduced as the egg of the 1000 or 100 years! This is a trick that intrigues naïve tourists. They are duck, chicken or quail eggs that are incorporated in a mix of clay, cinder and salt and are buried in the ground for a few months (120-180 days, more than just a few)! When they develop the black-green dark color with the gelatinous texture and smell of ammonia they are ready to be consumed! Ew..

1) Balut (Philippines and other Asian countries) 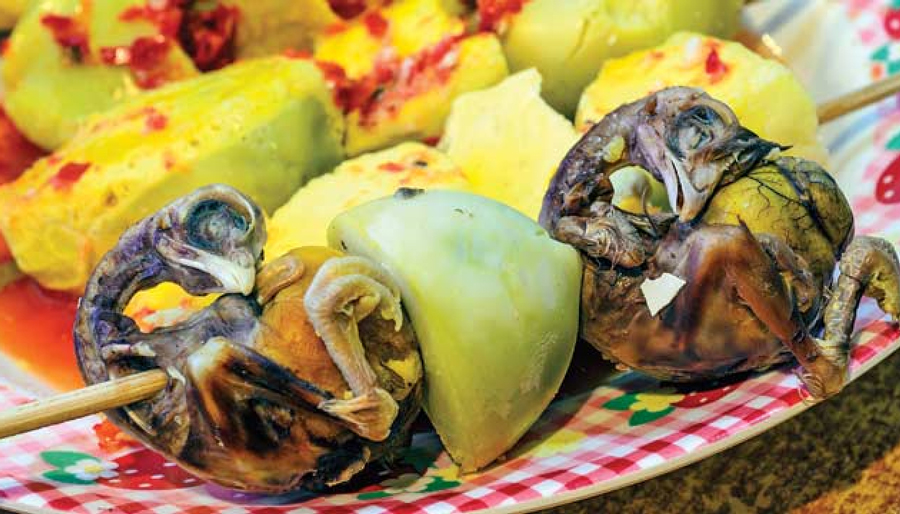 It is the most disgusting fast food in the world! The popular snack of South-East Asia includes a heavy dose of cannibalism, as it is a living duck embryo!! More specifically, it is the duck embryo that has grown for three weeks and it is boiled alive before ending up on your table. Do not be surprised if you feel that there are small bones and feathers in your mouth…it is what you think it is! And you haven’t read the best part yet…Balut is considered an aphrodisiac!

Do you dare to taste them?

That was the most disgusting street foods in the world!