Friday, June 16th: (Vroom vroom) Beautiful day! I hope that it doesn’t get any hotter, we will bake…Is there a little traffic or is it my idea? This lady wears a nice hat… (Vroom vroom) Does he know where we’re going or are we going to get lost? Nice narrow alley, rustic, just as I expected…There he goes waving at people again. But I like that they’re smiling at him. (Beep beep) What, did he start with the maneuvers already? Ooh there it is! I can’t believe that I’m seeing it up close. (Beeep) Ah! Again with the brakes. This is the third time I’m head-butting him. And he doesn’t give me any warning… Where did the sun go? I was smart bringing the jacket, it’s chilly up here… Oh what a line…Do they give out Thessalonikian koulouria? Wh-why are we g-going through co-bbled streets a-gain? Aren’t there any normal roads? Oh! Another church. How many are there, anyway? (Vroooom) What was that passing us by? Careful there, mate, you are going to throw us in the river…Mmm smells, just right when my belly started to rumble…Oh! How I envy that guy with the ice-cream. Elena: Whoa, be careful, we’re going to hit him. Italian guy: Vivere Pericolosamente! Nikos: Mamma mia! These Romans are crazy.

“The meeting was bound to be a summer one”

Although it was our first time in Rome, it only took us some hours and a few kilometers, in order to get in its rhythm and get a taste of the formidable civilization. After all, the Italian capital was no stranger to us. We all have heard something about its long history, the rulers, the architectural achievements, its contribution to the arts and science, the culture, fashion and, of course, cuisine. Through countless school quizzes, pictures in magazines and websites, television shows and books, we felt like we had known it for years and the only thing left was to arrange a date and get to know it in person. This day came soon, tickets were booked and the meeting was bound to be a summer one. 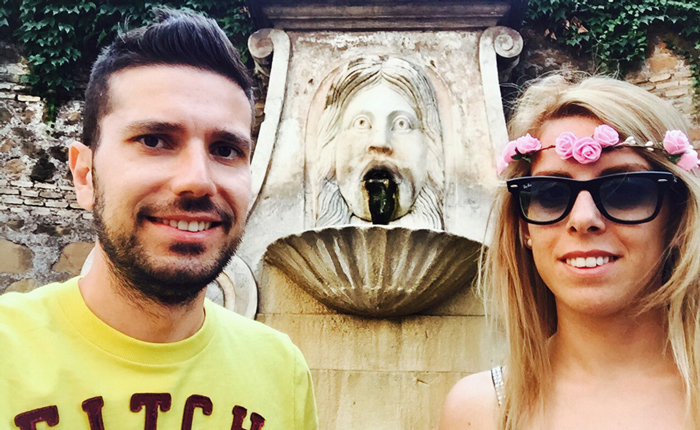 Being used to high temperatures, the season we picked did not concern us greatly. Besides, Rome’s climate resembles the Greek one, as it is also Mediterranean with mild winters and warm summers. The sun shines on the city most days of the year, while in the summer months it is burning hot and scorching. This is why, even though it was just the beginning of summer, we were equipped with hats, sunglasses, sunscreen and light clothes. The truth is that at some moments, we would gladly trade our ice-cream for a dive in Chalkidiki’s waters, but the situation was saved by the countless drinking and non-drinking fountains, a few clouds and some drops of rain (for a few minutes). So, our advice is to visit it in spring or autumn, when temperatures are normal and the atmosphere is pleasant and ideal for the endless walking.

Rome is undoubtedly a big city and it is practically very hard to see it in one day. Distances are long, the historical center covers a large area, attractions are scattered and the picturesque neighborhoods are far too many. So, the best way to get to know it is on foot. Wear comfortable shoes, stock up in water and get ready to go for miles and test your limits. Unless…Do you know Vespaaa? The Romans sure do and they wander in the streets, no matter the weather, riding their favorite two-wheeler. And as the saying goes “When in Rome, do as the Romans do”, we didn’t miss the chance and started Vesping around, gloating like Audrey Hepburn and Gregory Peck in Roman Holiday. Gloating, of course, as far as we could, because with all the wobbling in the cobbled streets and the maneuvers due to the nightmarish traffic, we were careful not to fall and become attractions ourselves! 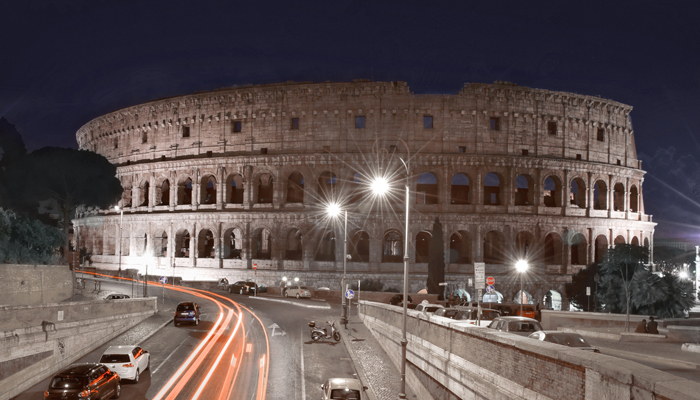 The erstwhile capital of the world is nowadays a vast open museum with an enormous number of exhibits. Although a lot of the structures of the glorious empire did not manage to stand the test of time, the Eternal City has more to show than ruins and scattered rocks. Imposing monuments, famed churches, thermal baths, fountains, squares, great artworks, bridges that adorn Tiber, historic roads and museums compose a unique cultural landscape. But, unfortunately, the large crowds of spectators-tourists many times turn the tour into a hard roman game. That’s why we didn’t waste any time. We “dueled” for a photograph in the Colosseum, we squeezed ourselves into quite a few lines, while there were many a time that we survived the “deadly” selfie sticks at Fontana di Trevi. And where we had to twist and turn with extreme dexterity was the Vatican, as the hordes of tourists start swarming the tiny state by the first morning hours.

“As other “Romeos” they are searching for their yet unknown Juliet”

In the city you will not only meet tourists. The Romans live in the background of the tourist crowds and you will recognize them from the musical language, the Mediterranean temperament and refined style. Most of them are hospitable, polite, and appreciative of those who try to speak their language, while they offer to help even if they do not speak English. Still, there are many talented scammers that try to fool the unsuspecting tourists, so you should be a bit cautious with “well-wishers” and tourist shops. Of course, everyone loves football, good food, and they will never say no to an espresso. Finally, there are the admirers of the fairer sex and love itself, and as other “Romeos” they are searching for their yet unknown Juliet. 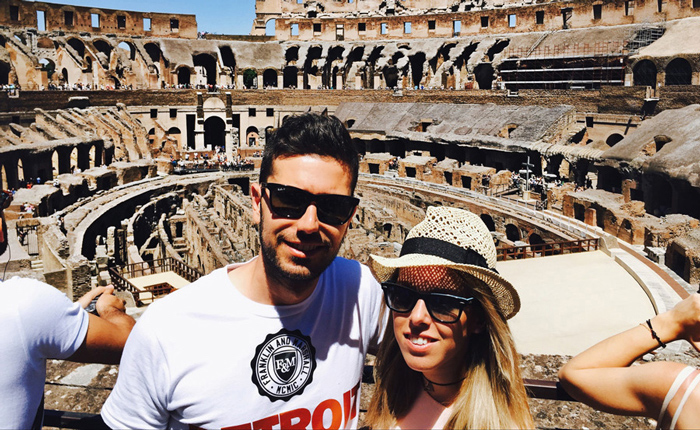 But even if you manage to resist their flirting, you will certainly not manage to not give in to their famed cuisine. Having lots of common traits with the Greek one, the Italian cuisine is rich in flavors and choices. And you know that when we find delicious food, we dive in head-first! Our bellies got swollen by the filling paninis, the original carbonaras, the fresh raviolis, the juicy meatballs and the prominent Italian pizza. Most dishes might be plain, yet the filling, the sauces, the spices and, of course, the grated parmesan turn them into gastronomical delights. For the Romans, food is a ritual, which is always accompanied by some local wine and ends with a wonderful tiramisu or a digestive espresso.

Oh yes! Coffee for them is the Alpha and Omega, as they start, continue and end their day with the necessary dose of caffeine. We, on the other hand, replaced it with ice-cream. Wherever you would find us, we would wander around like small kids with a creamy gelato, in a cone or a cup, with fruit or dry nuts, with syrup or whipped cream and in whatever flavors we could find. We still don’t know if this was at fault for our sleeplessness, or the evening walks around the city’s neighborhoods. Because as now genuine Italians from…Thessaloniki, we couldn’t not follow on the locals’ footsteps and live the Dolce Vita. Cafés and bars, in piazzas and alleys are filled every day with locals and visitors, who along with the street artists and various events keep the city’s nightlife going. We preferred mainly quaint areas like the Campo de’ Fiori, the Pantheon and our favorite Trastevere. Quite the tourist region, with an alternative and bohemian character, in which we lived unforgettable moments.

As unforgettable will be our total experience from the Eternal City. The seven days we got to spend there might not be enough for us to enjoy it as much as we wanted. But three days are definitely not enough for one to discover all of its glory and hidden secrets. Rome might have its imperfections, but it does not cease to be a special city that captivates the visitor from the very first moment, always preserving its history and allegro personality. One time was enough for us to fall in love with her and live for the moment that we get to hear again the much-desired “Benvenuti a Roma”!