Everyone has heard of the cosmopolitan character of the British capital and may describe it in tons of different words, as all kinds of pictures come to mind. When I think about London, I always imagine a royal, classy city, extremely hectic and chaotic that manages to feel both old and modern (if not post-modern) at the same time. Big Ben, royal guards, red double-decker buses, black taxis, River Thames and pubs are some of the things that pop in my mind when this city is mentioned…But why do I feel like I’m forgetting something? London, Big Ben, double-deckers, blah blah…mumble, mumble…Nick, what am I forgetting? Nick: The rain! Elena: Oh, right…THE RAIN! *silence*

“Do you see now the magic of the rain?”

How could I ever forget the rain?! It’s not like we didn’t get drenched, trying to fit under our tiny umbrella and my hair…oh, the hair! Don’t even get me started, I’m sure that all of you ladies (or gentlemen, we don’t judge) can imagine the horrors that I went through! How could I forget the rain…that truly opened our eyes to the beauty of this city? Do you find that odd? Well, try this: close your eyes and imagine you are walking around in London when a rain shower bursts (pretty ordinary during the spring) and you are standing under your umbrella, soaking wet and fuming, with nothing else to do but wait for it to stop. Not your piece of cake, we bet… Now, imagine that while you wait, you start noticing your surroundings. The people holding their big umbrellas, the buses, the cars and the typical black taxis. The buildings’ reflections on the rain paddles and raindrops ruffling River Thames…and before you know it, sunrays are cutting through the clouds and everything starts to shine! Do you see now the magic of the rain? After experiencing all of this, it would be impossible to resist the rain game, throughout our whole stay! 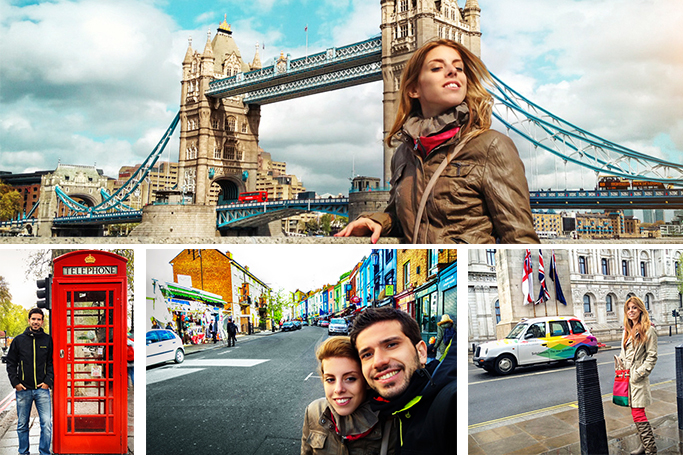 I thought that five days would be enough to see everything and get to know London’s culture and lifestyle. Although I had heard Samuel Jackson’s famous quote “When a man is tired of London, he is tired of life”, I didn’t really pay much attention to it. But now that I know better, I can confirm that this city is a mishmash of various activities, tastes, cultures, arts and anyone can find his place in this diverse environment. Not only did we not get bored, but even when we needed some time to relax and decompress, we had lots of options to choose from. That’s what makes London so lively, day and night!

The London lifestyle is really fast-paced, as I previously mentioned, mainly because of the distances, so we tried our best to follow it and see how it feels. Once again, the subway proved to be the boss of transportation, easy and fast, although we were packed in like sardines during rush hours! But at least we avoided the infamous traffic jams, so that’s something. But it’s undeniable that the best ride was the one we took on one of the iconic red double-deckers, in which we had to wrestle the crowd to get to the front of the upper level, but we pulled through! The trip was majestic and the experience will remain unforgettable! It made us feel like proper Londoners!

And now that I’ve mentioned Londoners, let me tell you that they were exactly how I pictured them; neither too cold nor overly cordial, but friendly enough and always polite, with their unparalleled sophisticated style. Their accent gives them a sense of nobility, although sometimes you have to guess what they’re actually talking about through context. Some of them were very willing to help us, while others were in a hurry. But what is mostly impressive and admirable about them is the way they accept and embrace all kinds of self-expression and diversity! We think that this played a major role in London becoming the multi-cultural metropolis that it is today! 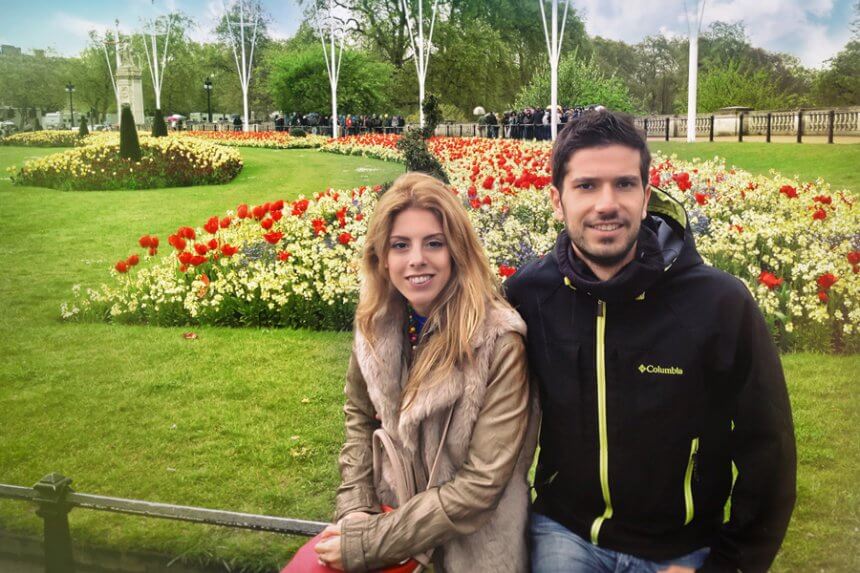 When it comes to food, London took great care of us! Luscious steaks, Arab pitas, spring rolls, delicious burgers, fluffy bacon omelettes and filled croissants are just some of the delicacies that kept us going! And, of course, they were always accompanied by the fitting beverage, may it be coffee, tea, a glass of wine or a beer!

Oh, beer…The whole deal with the pubs in this city is just unbelievable! After a certain point during each day, you can see swarms of people even standing in lines in order to have their precious beer. And they drink and drink and drink, like there’s no tomorrow! And they start laughing and shouting more and more and, although we prefer Belgian beers (see Bruges), the overall atmosphere is insuperable! We will never forget our last day, when we got carried away by all of this, lost track of time and missed the last train, so we had to find another station in the middle of the night to catch a train to the airport and be there in time for our flight! The adventure of a lifetime!

And you might ask: is London really that great? Hasn’t it got any flaws? Well, I believe that the answer lies inside anyone’s heart and point of view. It has to do with letting go of everything you know about this city and allowing yourself to be the judge of it. Take the time to wander around London’s neighborhoods and not just its central areas, keep your distance from all the clichés and join the rain game, because it’s really inevitable, so you might as well make the best of it! Then you can really know what London is all about and agree with Nick’s words: I didn’t get enough, let’s go back!

“We traveled to London during a very difficult time for me, as I had lost a very important person to whom I dedicate these lines. To my dear grandfather.”