Every year that goes by leaves behind impressive images and moments. Behind most of them, there is someone from National Geographic! Travelen said goodbye to 2016 with the best travel photos of the past year. 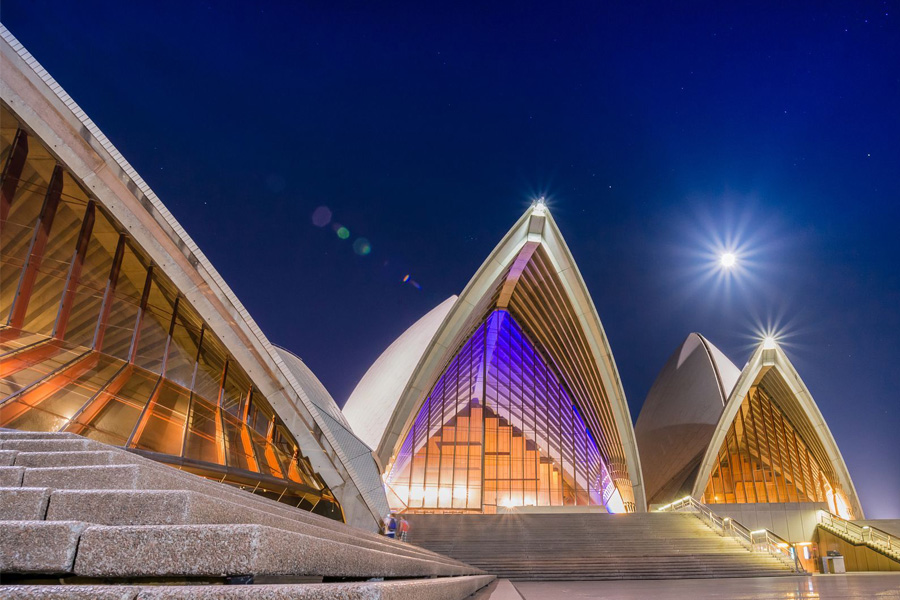 1) With the year’s largest full moon in the background and the major theme being the Sydney Opera House, it could only be a magical photograph. The inspiration and execution was by Chuang Ko-Min. 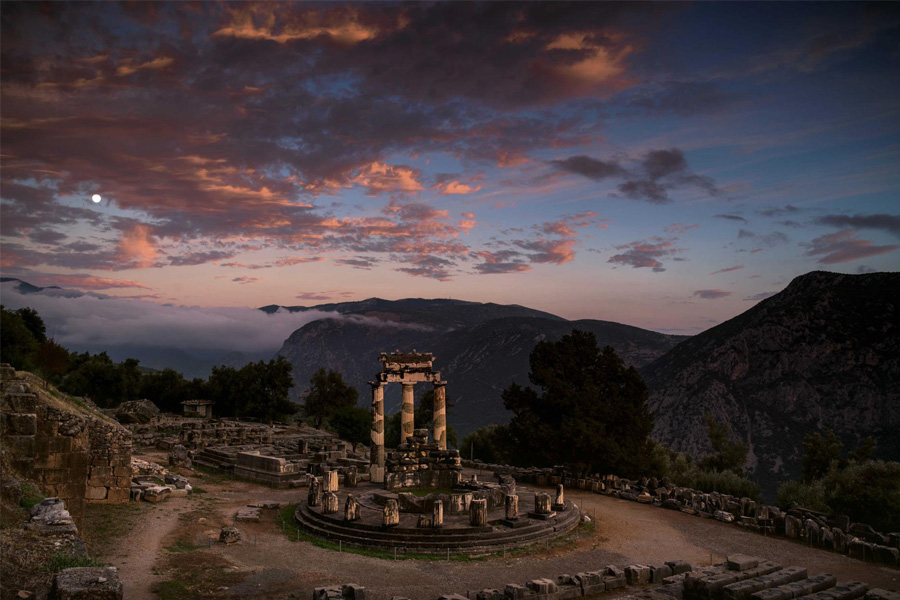 2) The twilight washes the holy Oracle of Delphi and offers a scene of exquisite beauty. The clouds complete the scenery outstandingly. The photo was taken by Vincent J. Musi. 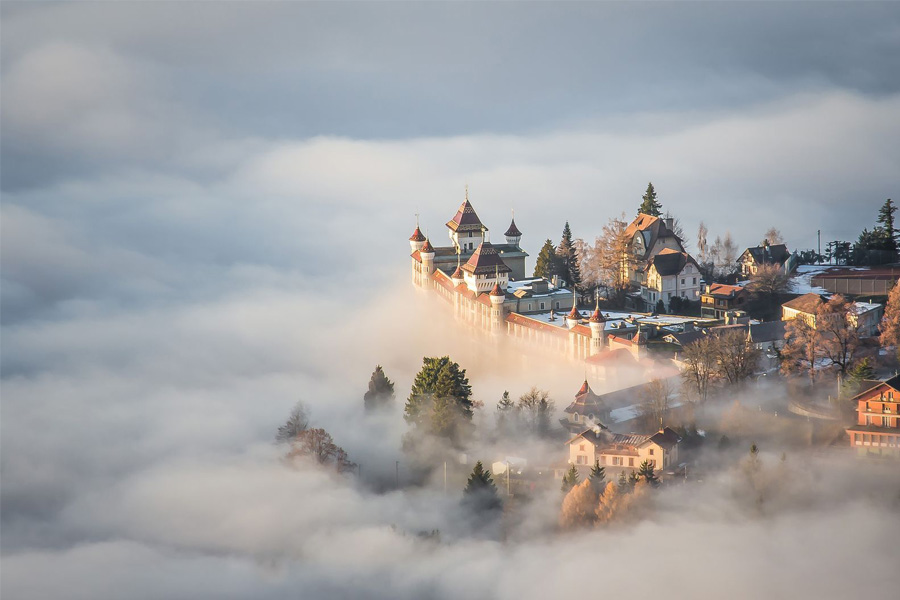 3) And while the clouds lay unusually low, they cover Switzerland’s Sonchaux and everything looks like a fairytale. Photo taken by Boukhechina Malik. 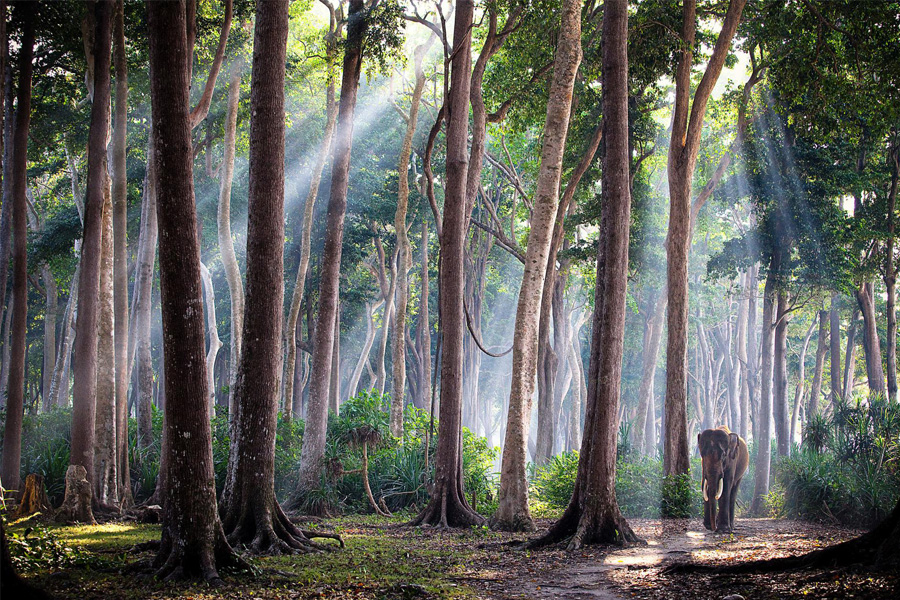 4) The last parade of elephants that has remained in India’s Andaman Islands. A photo of extraordinary beauty by Jody MacDonald. 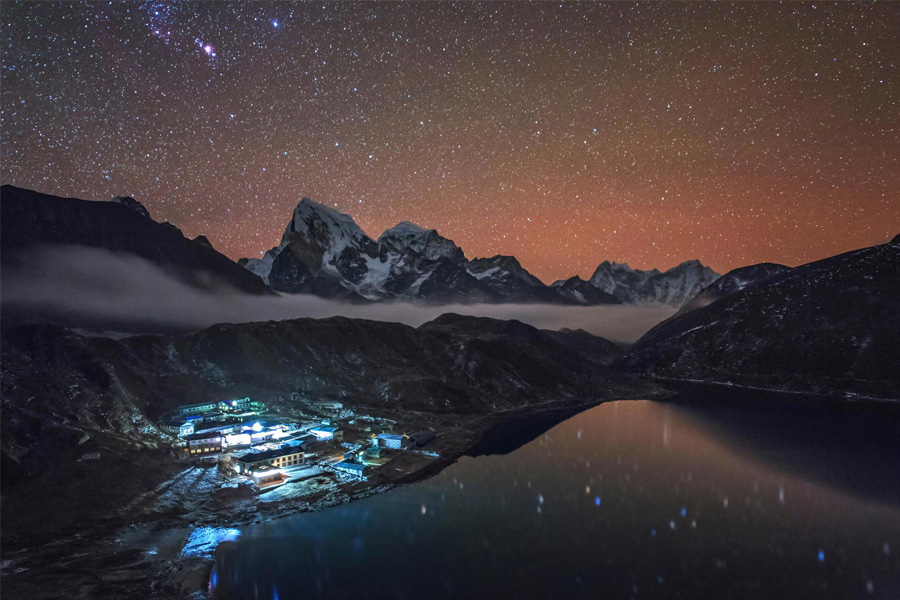 5) It may be the best place on earth to gaze at the stars in the sky. It is Nepal’s Gokyo village, next to lake Dudh Pokhari. A photo taken by Jeff Dai. 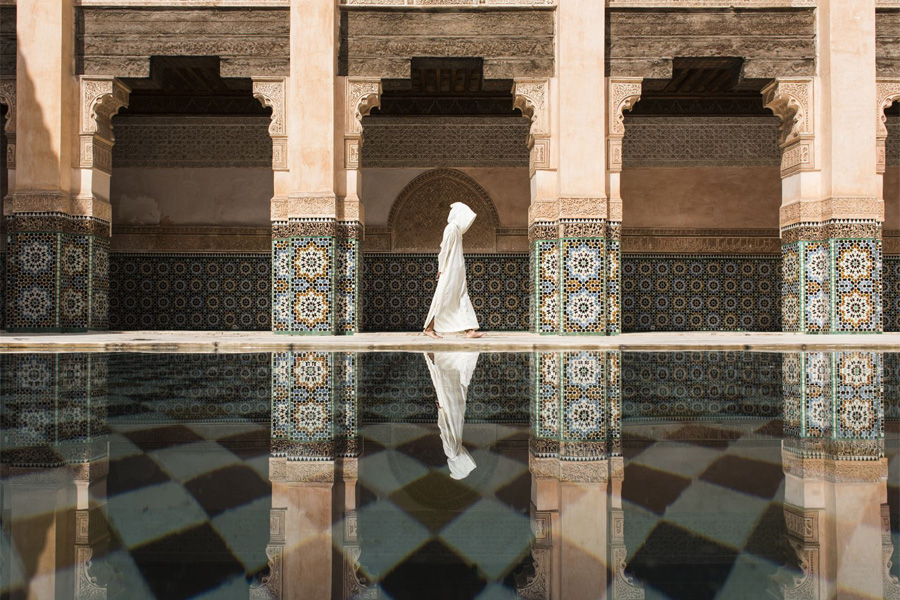 6) Morocco, Marrakesh…In the Ben Youssef Madrasa retreat I entered to catch a few breaths and, suddenly, I see this figure passing in front of me…Narrates the photographer Takashi Nakagawa, who with this picture won the first prize in the “Cities-National Geographic 2016” competition. 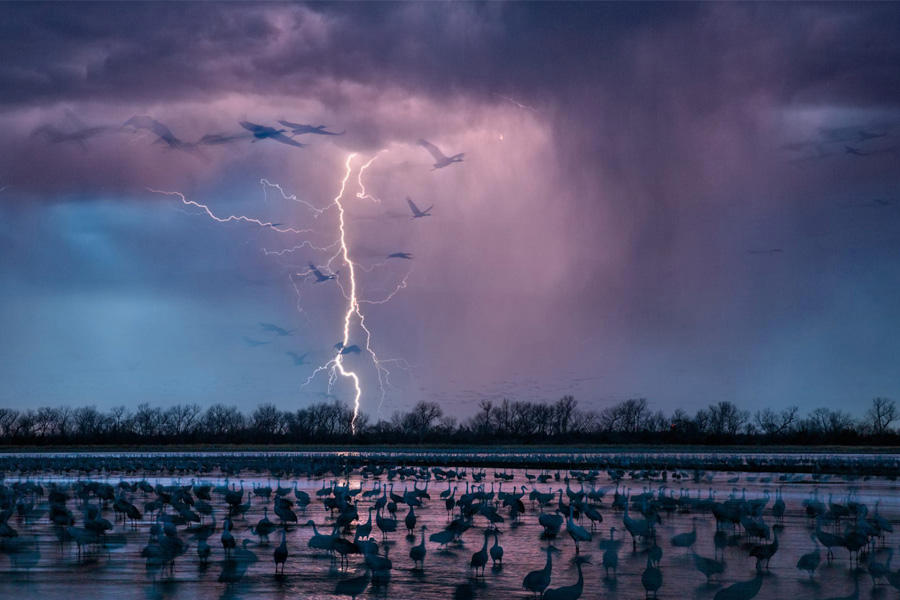 7) Around half a million Canadian whoopers enjoy the lightnings in Nebraska’s Wood River. Amazing synchronization by the photographer Randy Olson. 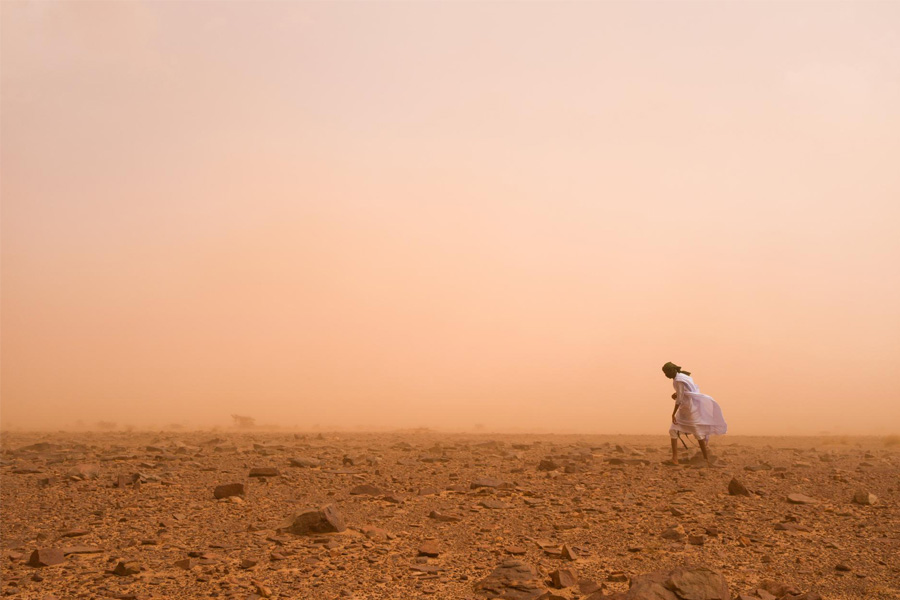 8) Every year, the Sahara desert offers beautiful images. One of those was taken by Jody MacDonald in Mauritania. Its theme is a woman in a sandstorm. 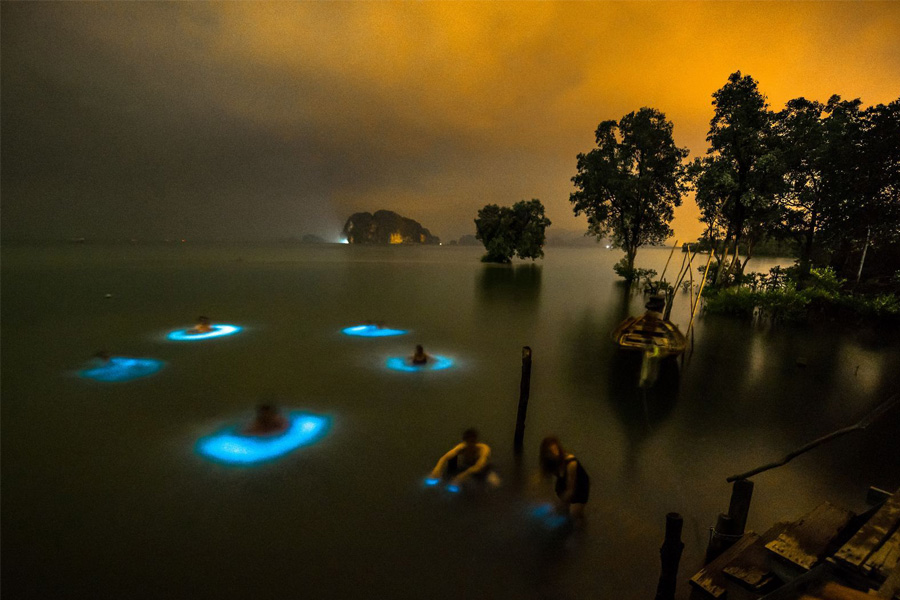 9) If you think that there is something in the water, you are mistaken. Take a dive in the waters of Ban tha len so you can also feel the magic offered by the plankton in combination with the new moon. Photo by Will Strathmann. 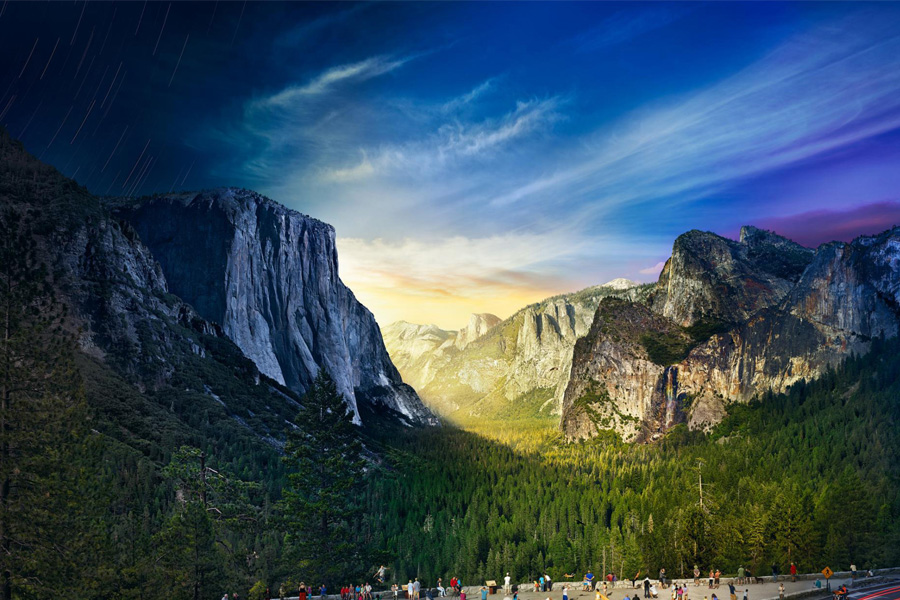 10) Tourist-photographer Stephen Wikes took more than 1,000(!) shots, in more than 26(!) hours (from the same angle) in order to create this image. It is a composition of many photographs from various moments of the day (morning and evening) and the theme is a mountainside of the Yosemite National Park. The result…beyond words! 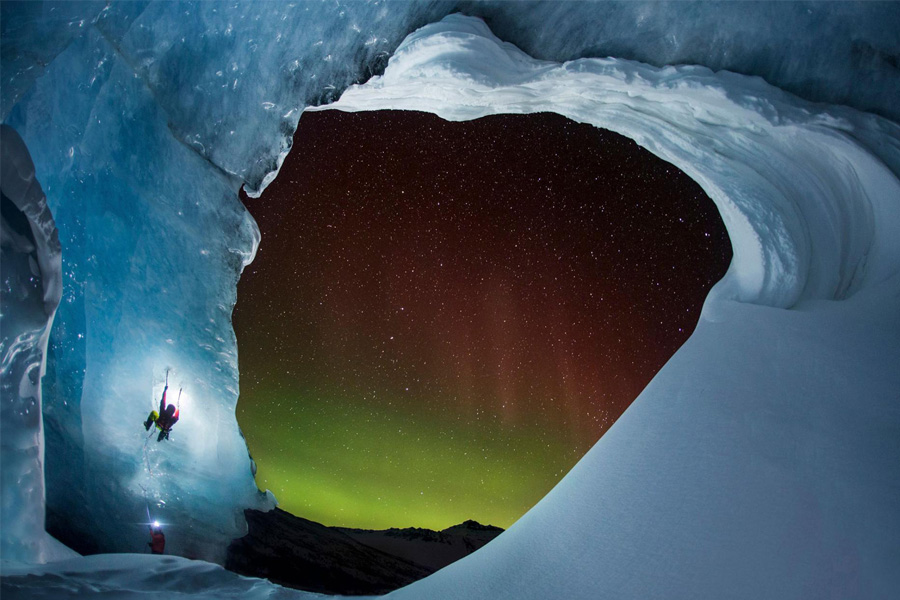 11) Climbing on ice, under the stars with the northern lights as a background could not do otherwise than offer one of the most impressive photographs of 2016. The photo was taken by Paul Zizka.

12) Walking through the Dinosaur Provincial Park in Canada with the green glow of the aurora borealis. Photo by Andy Best. 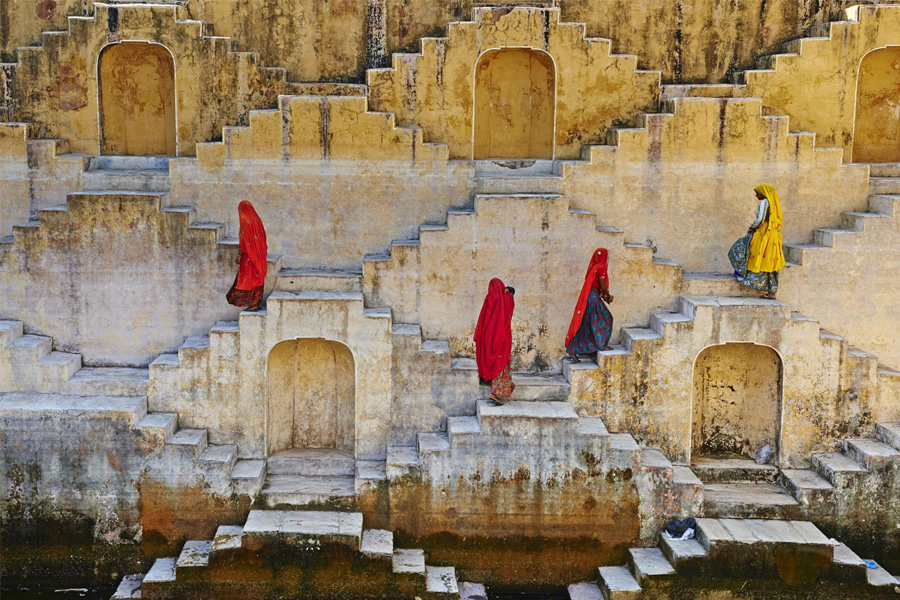 13) A place built in the 16th century, so the women of the house could gather water, in 2016 is a source of inspiration for photographers Tuul & Bruno Morandi. 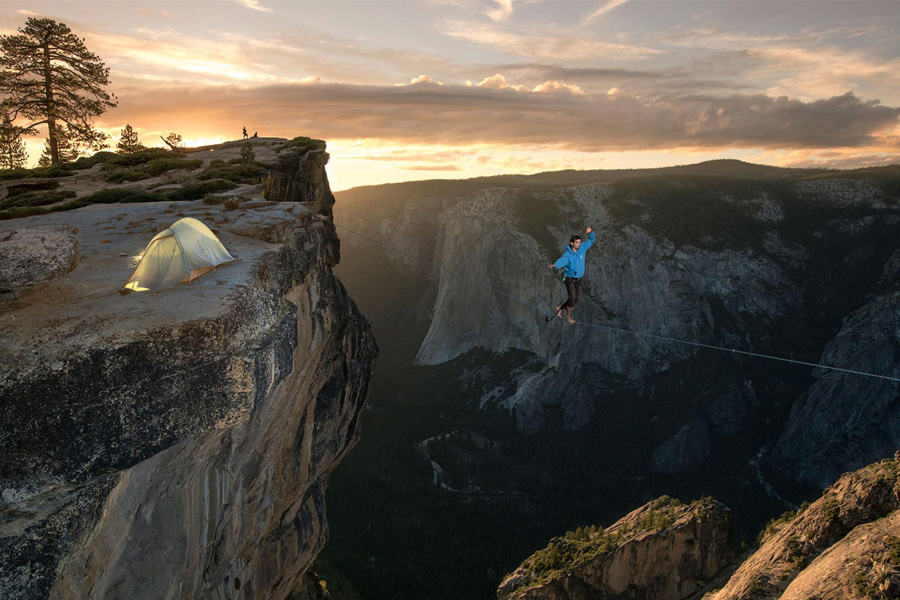 15) Tiptoeing in the Yosemite Highlining Park in California with the amazing sunset as the background. 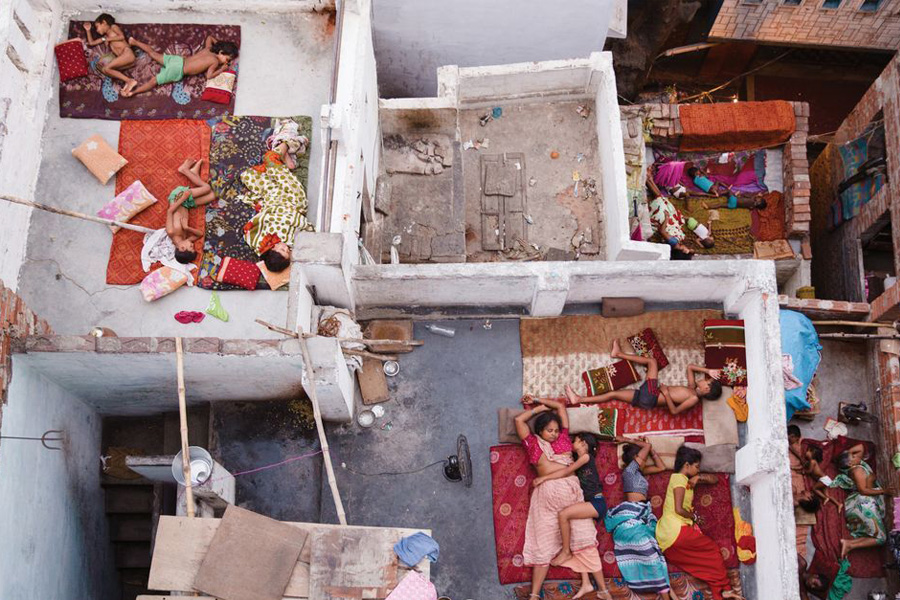 16) If the photo had a name, this would be “Dreams on the terrace”. A photo by Yasmin Mund, who got at 05:30 in the morning at the top floor of the hostel, in order to witness the famous sunrise above the Ganges River. Looking down she froze as she saw this image in 2016. 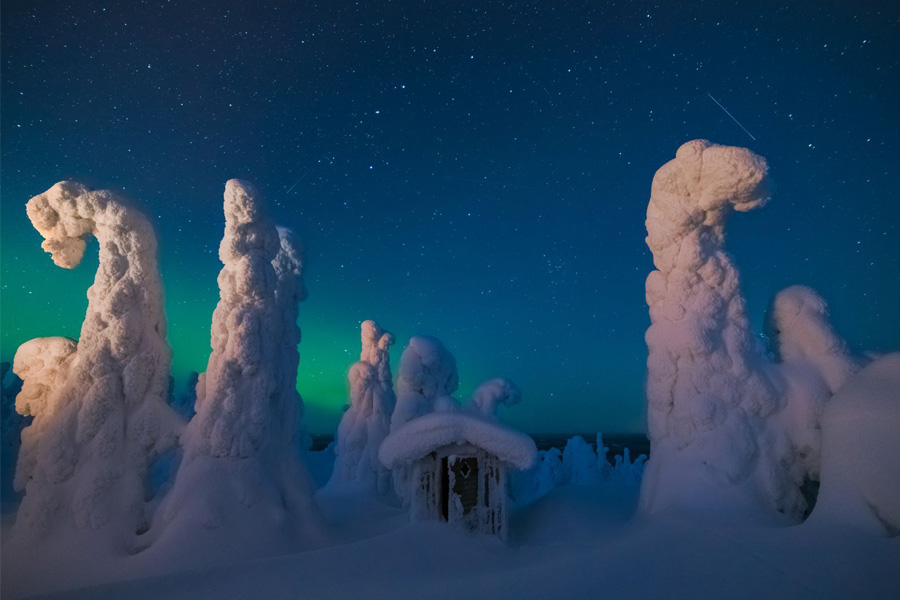 17) A quite cold night with everything having been covered in snow. In the middle of nowhere, this secret shed appeared, narrates the photographer Pierre Destribats. The shot was taken in Lapland, close to the Russian border. 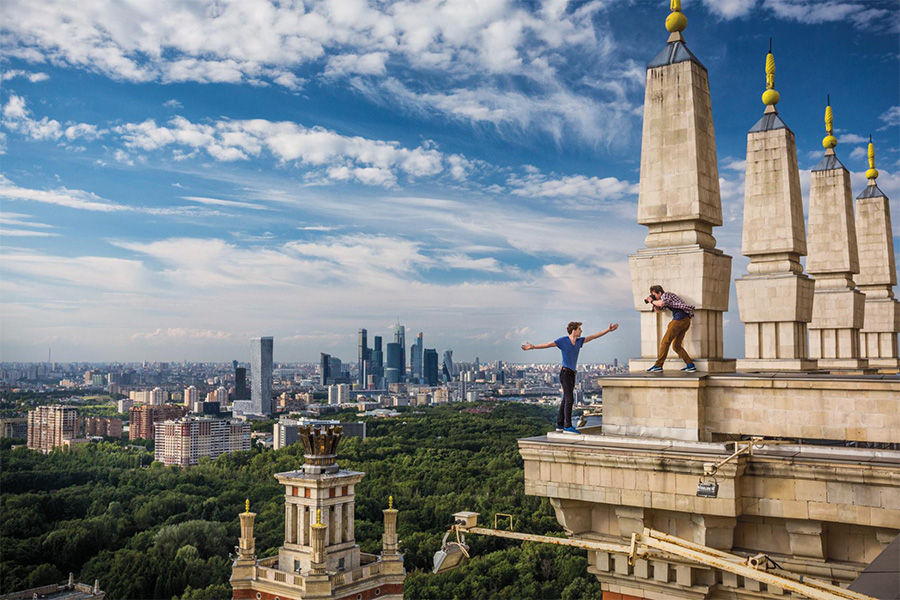 18) Two young daring kids that their hobby is climbing on high spots, take a few shots for their Instagram. Photographer Gerd Ludwing. 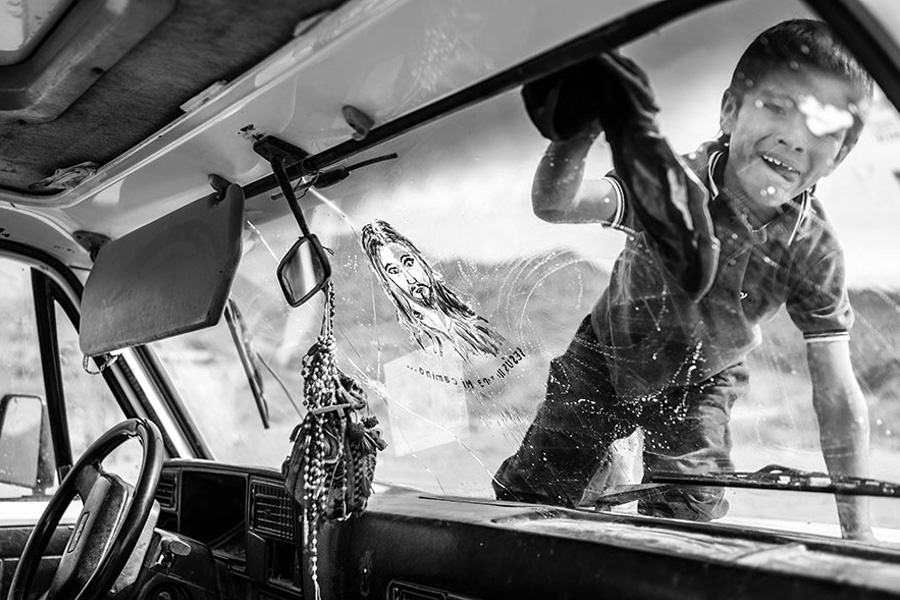 19) 6-year-old Thomas is helping his father clean the truck that transfers horses. This is their job and this is a targeted photo by Giandomenico Cosentino. 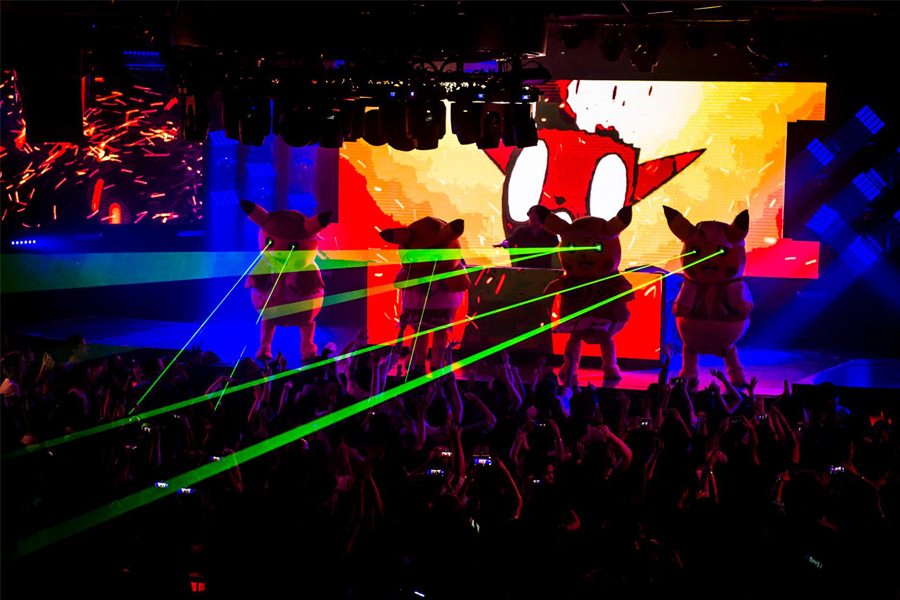 20) 2016 was a year full of Pokémon and photographer Dina Litovsky knows that better than anyone. Millions of people traveled for the sole reason of “catching” a few of them. So much so, in Taipei, a whole event was organized in a night club! 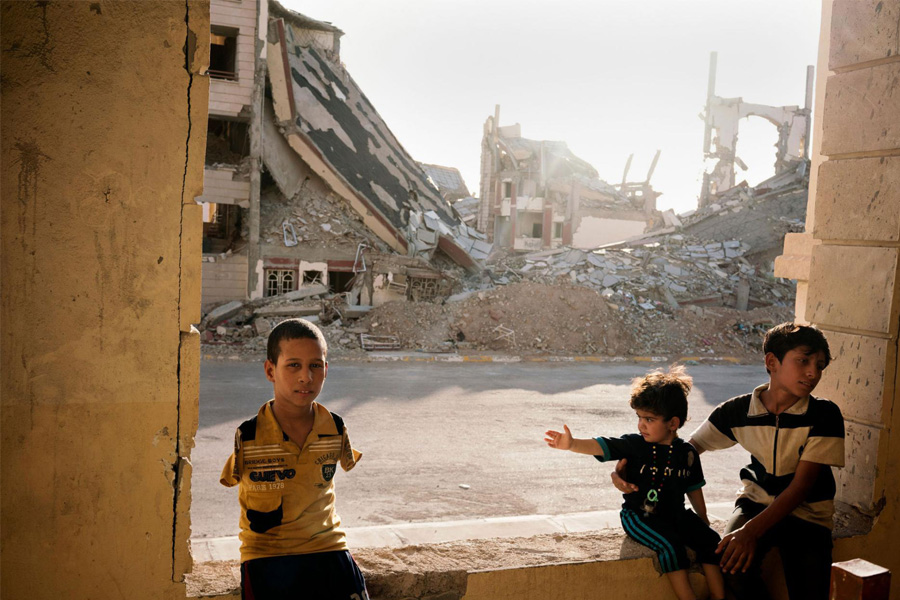 +1) Among all the beautiful pictures, appears a real image of the 21st century. Three siblings among the ruins that ISIS left, with the youngest brother asking for his mutilated oldest brother’s hand…

The choice was made by Travelen, while photographs belong to National Geographic.